Comic book adapted works continue to rule the box office and have begun to become even more entrenched on primetime television. A trend that continues to gain prominence is that female characters in such adaptations have generally not gotten their due compared to male characters, especially black female characters. To that end, here are 10 Black female characters that, to this writer’s knowledge, have never appeared on either TV or film but should also have their time to shine.

Editor’s Note: These listings are in no particular order. 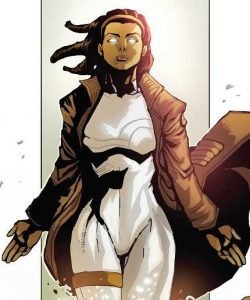 Arguably comics’ most powerful black super heroine, it’s something of a shock that, to my knowledge, Monica Rambeau has never appeared in any on screen adaptation, live or animated. Given the criticism Marvel has already faced regarding it’s handling of female superheroes on the big screen, Monica Rambeau in all her super-powered glory would be a welcome addition to the cinematic/television universe.