Let’s take it back just a little.

I was first introduced to her work with Silenced: A Cybil Lewis Story, a suspenseful mystery set within the backdrop of a futuristic cyberpunk-esque United States. The book is a solid page turner, featuring standout character PI Cybil Lewis, as she attempts to solve a murder which might lead to her own lease on life being cut fairly soon.

She recently took some time to speak with BlackSci-Fi.com about her ever growing career, her work, and creating female characters of color who kick butt and save the day. 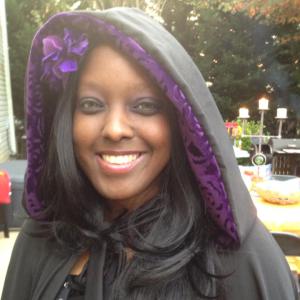 BlackSci-Fi.com: Can you tell our readers what drew you to writing?

Nicole Givens Kurtz: What drew me to writing began with my love for reading. As a youth, I read to escape and for entertainment. I recall extending those story lines long after the book had ended, and once I got to fourth grade, I started writing those extensions down. Sometimes they came with pictures, but most often, just me, writing down what would’ve/could’ve happened at the end of a story I’d just finished. As I grew older, I began to create my own stories, where someone who looked like me became the protagonist.

BSF: Why choose the genre of speculative fiction? Was there a particular draw to this arena that compelled to you to write such stories?

NK: My 6th grade teacher is most responsible for my love of reading speculative fiction. She read A Wrinkle in Time to our class, and I was swept up and into the arms of the fantasy. I already read Stephen King and horror had become an avenue for creativity, but fantasy gave me hope for other worlds where magic and bravery didn’t belong to just men, but young girls, families, etc. I also began watching Star Trek re-runs with my father, and all of these things coalesced into my love for speculative fiction.

Speculative fiction allows for creativity and hope—hope in that wrongs are righted, the future is different (better), and that worlds exist beyond our hopeless, conflicted-invested ones.

BSF: Can you give us a brief idea/ look into your series, in terms of what they are about, and any short stories of note, including the Cybil Lewis series, and The Soul Cages: Minister Knights of Souls Series?

NK: My Cybil Lewis series is an exact result of wanting to see strong Black women solve crimes, be independent, and make their own way in a futuristic setting. I also wanted to depict a solid friendship between black women that I found lacking in speculative fiction. Cybil’s partner, Jane, is younger, but they’re a team. They support each other. They have their differences, but that’s doesn’t matter when on or the other is in trouble. Their relationship is one based on love and friendship. It became a motivating factor when I write Cybil Lewis stories.

The Minister Knights of Souls series came from another place of wanting to write fantasy but it be with people who looked like me. The series is more space opera than actual high fantasy. The Knights use Circles to leap between worlds/kingdoms. The purpose of the series is depict worlds where people of color are not only common place, but rulers in this fictional galaxy. Of course there’s conflict, war, love, and all the trappings of an epic story, but The Soul Cages’ focus is on Sarah. A former slave, once trapped in Valek’s soul cages, and her rise to become a powerful sorceress to stand alongside the Minister Knights.

My short stories are almost always horror or weird westerns. I enjoy both subgenres and when I’m taking a break from writing a novel, I write short horror stories. I sometimes write stories set in Cybil’s world. Some characters don’t need an entire novel to tell their story, only a few thousand words. I try to honor them and their story by writing the best one I can.

BSF: One common thread that I’m seeing amongst your work are female leads, with Cybil Lewis being a strong 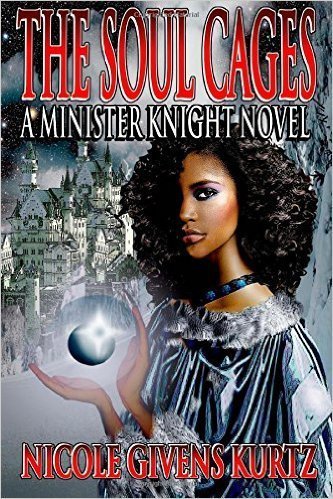 example. Was this a conscious effort on your part to include women as the leads of these fantastical stories, and why go this route?

NK: Having a strong female is a very conscious effort on my part. I went this route because I’m a woman, but moreover, I wanted to depict women doing in fantastical stories what we do in real life. We’re strong, talented, and multi-faceted in our abilities. So why wouldn’t we be all those things in fantastical stories? We would! Cybil is the most independent character, because she had come to rely on very few people. It makes her a challenging character to write, but it also allows for deeper exploration too. Far too often in speculative fiction, it’s the male saving the universe, or the white character saving the day.

BSF: Sort of piggybacking on the previous question, how essential do you feel it is to level the playing field where all groups of people are included in science fiction and fantasy?

NK: It’s essential to depict all groups of people in science fiction and fantasy because that’s the real world. It’s difficult to depict a futuristic vision with it not including all people.  While I agree it’s fiction, and thus, not real, the roots of all fiction remains in the real world. Verisimilitude is important for storytelling or else it remains difficult for your audience to connect to your characters or the story you’re attempting to tell.

Representation is also essential in science fiction and fantasy. Without depicting other people, you’re unconsciously-or consciously—communicating to the audience that they’re invisible, unimportant, or absent from the future, from this important work, or are irrelevant. That’s a dangerous message.

I understand that in some works, depicting all groups of people may be challenging. When I’m on panels discussing diversity in speculative fiction, a common question is one of offense. Authors speak on not wanting to offend their audience members by depicting the characters’ ethnicity incorrectly or in an offensive manner. Fear shouldn’t deter inclusiveness. Authors will need to be just as thorough in their writing about other ethnicities as they go about worldbuilding.

BSF: Cybil Lewis, for me is a great addition to the long history of P.I.’s that we find spread throughout the detective noire/ pulp fiction genres. Can you talk a little about how the character was created, why you placed her story in the future, and how reception has been to Ms. Lewis.

NK: I’m a huge fan of mysteries. My favorites are Robert B. Parker, Sue Grafton, and Richard K. Morgan. The Cybil Lewis series is a marriage of my love for mysteries and pulp, and my fondness for futuristic settings and cyberpunk. Ghost in the Shell, Do Androids Dream of Electric Sheep, Psycho Pass, and others like it all are examples of that same hybrid mixing of mystery investigation in futuristic settings. The most influential was most likely Do Androids Dream of Electric Sheep by Philip K. Dick. The primary thing I saw missing in all of these stories was a black female. I was missing. 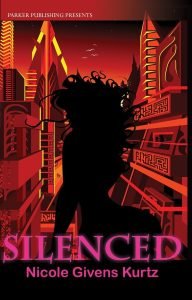 Earlier I mentioned that as a child, I would read a story and just extend the narrative with those same characters, but in additional settings.

Cybil became my creation of a character, in a futuristic setting, solving crimes in a pulp style manner. I write Cybil for me. These are the stories I want to read. Fast paced, mysteries dealing with complex and multi-layered problems with a smart, tough, and fiercely independent female protagonist.

Reception for Cybil has been overwhelmingly positive. The hurdle has been convincing people to try the story, as it’s different than most speculative fiction stories out there. Its pulp but it also takes place in a future that’s after a major war. In that sense, it’s hard to place in just one genre.

BSF: What’s a typical day of writing like for you? Do you find it to be liberating, taxing, or maybe a combination of both? From start to finish.

NK: My writing days are typically taxing. LOL! Cybil is a difficult character to write, but when I sit down to write, I’m bleeding out emotions, experiences, research, and breathing life into that story. It’s very similar to giving birth but only in the sense that the contractions can go on for days before the idea/concept/storyline is ready to be born into the world. It is labor intensive and taxing, but I do enjoy it.

Typically, I wake up. Make coffee. Sit at the computer or with my spiral notebook, and I write ideas on paper if this is a new story. Free writing whatever comes out about that concept, character, etc.  From there, two things can happen. I can move head to writing a draft, which means following the loose outline of the free write OR I can refine the freewrite into a more suitable outline before I write a draft.

If I’m writing a Cybil Lewis story, I do the latter. It’s a mystery and they require a lot of structure. If it’s not, I do the former, allowing the story to pour out for reshaping at a future date.

I do this until I am either hungry or interrupted by life.

BSF: How has feedback been to your work?

NK: Feedback has been fair. There’s going to be people who can’t connect to Cybil for a variety of reasons.

BSF: For others who might want to follow in your footsteps with writing, what words of advice would you offer?

NK:  Learn the industry, and be fearless. Many times I failed to listen to my instinct, but instead let fear and in some cases, intimidation, cause me to miss opportunities. There are so many avenues for success, but you have to learn those roads before you travel. I leapt right in and found myself in some scary places, publishing wise. My advice is to talk to those in the industry, trust but verify, and be fearless in your belief in your craft and where it can take you.

BSF: What can our readers look forward from you in the months to come?

NK: In the months to come, the second novel in the Cybil Lewis series, COZENED, will be re-released with a new edit, new cover, and some internal illustrations, which is new. In April/May, a collection of new Cybil Lewis short stories and novellas, called COLLECTED, will also be released.

I’m excited about having more Cybil Lewis stories available. This is definitely her year.

For more information on Kurtz and her work head to https://nicolegivenskurtz.com/.