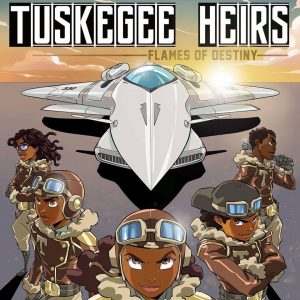 BlackSci-Fi.com continues it’s coverage of New York Comic Con (NYCC) 2017 with info on the appearance of the Tuskegee Heirs creative team of Marcus Williams and Greg Burnham. They will have issues 1 & 2, posters, and other Tuskegee Heirs related merchandise on hand.

You can find them at the Narazu booth #2157 in the exhibitor hall of the convention.