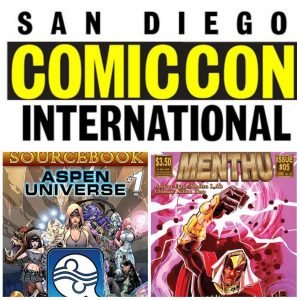 Announcement is as follows: Look for The Network’s Robert Roach in booth 2302 alongside Stranger Comics!

Robert will also be on the panel Building a Collaboration in Comic Books with Brandon Perlow (New Paradigm Studios), Johnny C and Jeff Rider.

Robert will join Hannibal Tabu on the Independent Creators Summit panel Friday, July 21st at 7PM in room 32AB. Expect an announcement about a new project from Hannibal and Wunderman Comics there.