Erykah Badu is one of those artists who transcends the norm. Through the dope vibes felt through her music, listeners are easily mesmerized by her soulful melodies; the after effect seemingly otherworldly. While she is by no means the only artist who ignites suspicion she is from another planet, she easily joins the ranks of those such as Sun Ra, Janell Monae, Prince and even the King of Pop himself– Michael Jackson; black artists who emanate a radiance through their songs that seems to be alien in origin. Still, there is something wonderfully unique and captivating about Ms. Badu.  From her unapologetic blackness, to her artistry, to the spiritual connectedness she expresses through her music and overall presence, Ms. Badu definitely possesses an ethereal aura that is hard to ignore.  In an effort to shine a spotlight on black artists who emote elements of science fiction in reality through their music, BlackSci-Fi brings to you 4 Times Erykah Badu Proved She’s from Beyond This World & Time. 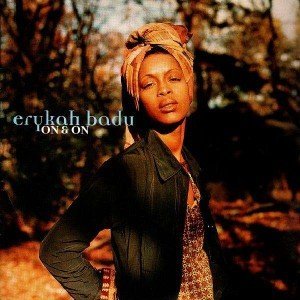 In her debut single “On and On” off of her debut album Baduizm, Badu sings:

In the aforementioned lyrics, Badu owns her blackness to the extent that she seems to take Genesis 1:26-27 (and other holy books) literally when it refers to man being made in the image of God—causing us all to consider the notion that if we were made in the image of God, are we too gods? (Bruh) Anyway, without getting too deep, let’s just say Erykah seems to be in possession of some knowledge that most of us earthlings have not awakened to just yet!

At the core of much of Ms. Badu’s music is  Afrofuturism—a “cultural aesthetic that combines elements of science fiction, historical fiction, fantasy, Afrocentricity, and magic realism with non-Western cosmologies in order to critique not only the present-day dilemmas of people of color, but also to revise, interrogate, and re-examine the historical events of the past.” Referred to as the “Langston Hughes of our generation” by Pologod in his 2015 article published in The Source, there’s no doubt that Erykah’s music expresses a conviction and rebellion against a system that oppresses black people and other people of color, and is one that she has never been shy about speaking about through her art. One of her most controversial videos to date, Window Seat is a video that not only reenacted the assassination of JFK, but also illustrated her stance against injustice so eloquently, that she leaves us with no choice but to confirm the fact that she is way ahead of our time.

Sometimes seeing is believing, and no video better hinted at Ms. Badu’s alien origins than in this video.  One of my favorite songs ever, Didn’t Cha Know is simply special—for lack of a better word. In the video, Badu is seen walking on an alien planet (or potentially a future earth), donning Egyptian/Kemetic inspired space gear as she sings of trying to find her way, after being lost for some time (wormhole possibly?).  Anyway, in the video she makes her mission clear—she is trying to save the world, and she’s using her heart as a guide. 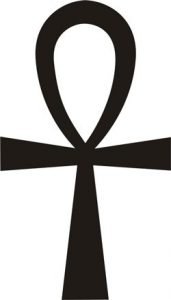 The Ankh, a pre-Christian symbol similar to the cross, and representative of “life”—is a symbol Erykah often rocks, and is telling on its own.  Her album New Amerykah Part II (The Return of the Ankh) can be seen as a return to her roots—or return to the part of her which gave her life artistically.  The Ancient Egyptians viewed the Ankh as a symbol of eternal life, and it was often depicted in drawings and carvings, behing held by Egyptian gods and goddesses. If you’ve studied Ancient Egyptian (Kemetic) history and mythology, you’d know all about their connection to the stars—more proof that Erykah may be more than meets the eye! But watch Erykah tell us all about it in her own words in this throwback interview with Monique.

So, what do you think?  Is Erykah Badu from beyond this planet? What other artists do you think may be from another world? Be sure to let us know in the comment section.