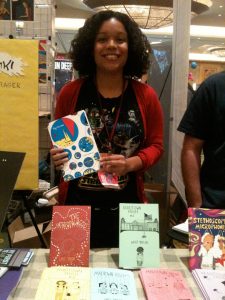 Hailing from New Jersey and currently based in Brooklyn, NY (much like the basketball playing Nets), Whit Taylor is a 2012 Glyph Comics Award winner for the comic Watermelon, a 2013 Ignatz Award nominee for her comic book series Madtown High ,and stands as one of the most visionary emerging voices in comics today.

This talented creator took the time to answer a few questions about her illustrious and ever growing career  for our continuing Women’s History Month coverage.

William Satterwhite: Who (or what) were some of your earliest creative influences?

Whit Taylor: Some of my earliest comics influences were Archie comics because those were what I read as a kid. I was drawn to the emphasis on friendships and relationships. This, along with X-Men, Generation-X, and TV sitcoms have probably influenced my interest in writing about relationships in all forms.

By the time I got to college, I started reading indie comics by cartoonists such as Alex Robinson, Jeffrey Brown, and Peter Bagge, and eventually branched out from there as I started attending small press festivals in my early 20’s. I’ve also always been a lover of non-fiction work, whether that is reference books, journalism, or documentaries. In the past year I started doing comics journalism work as well, such as for The Nib, and it’s a genre I really like.

WS: You served as an 2014 Ignatz Award juror- could you describe that experience?

WT: That was quite an undertaking! 5 cartoonists where chosen as jurors and we were sent boxes of comics to evaluate for each category. I think we may have received around 600 entries (comics, mini-comics, graphic novels, web comics). It was pretty intense but very worthwhile because it really expanded my taste in comics. 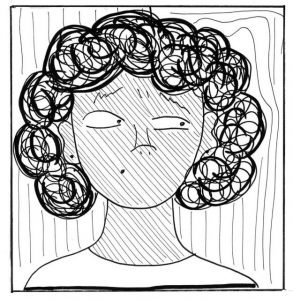 It pushed me to read things that I would have probably dismissed based off of the genre or art style and caused me to question my own biases. It expanded the type of work I like and introduced me to some fantastic artists. It also made me realize, beyond art and writing, the importance of pacing in creating an engaging rhythm for the reader. I think I had undervalued that before.

WS: Could you describe your creative process? What tools do you use? How do you go about breaking down or laying out a page?

WT: My process is always changing, and it depends on the genre. For auto-bio or fiction, I typically write a script, very loosely breakdown the page and thumbnail it, then pencil, letter (by hand or digital) and ink/color it. I often add dialogue as I pencil.

With my last autio-bio comic Ghost, I abandoned that formula and wrote it completely out of order and with some improvisation. I had no real clue what I was doing and threw out half of the book after it seemed unfocused. Suddenly though, it clicked and finally made sense to me.

This experience helped me loosen up my process a bit. For comics journalism projects, I do research and fact-check. Then I write a pretty tight script, thumbnail, pencil, etc. If I’m working with an editor, that process can vary a bit.

Right now, I am mainly using Zebra Brush Pens and Copic Markers, but it will most likely change, as I tend to get bored with what I’m using and want to try something else.

WS: What is your personal favorite work? 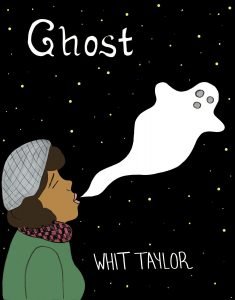 WT: I’m not quite sure! Just like with music, I think that different graphic novels or comics have resonated with me at different times of my life. I’m always reading comics, so it’s hard to list a specific one even though I have a bunch of favorites. Right now I’m reading work by Brecht Evens. His watercolors are unbelievable and his stories are delightfully odd and resonating.

WS: Starting with writers like Brian Michael Bendis and Ed Brubaker and continuing on to today with someone like G. Willow Wilson, the “mainstream” (Marvel and DC) comic companies over the last 10-15 years have found great success reinvigorating their lines with creators who established themselves with decidedly non-mainstream offerings.

Would you ever have any interest in working on a mainstream (Marvel /DC) property? If so, anything in particular you would be interested in? If not, why not?

WT: I would not be opposed to writing for a mainstream publisher. As you can probably tell from my body of work, I’m not particularly interested in writing superhero themed work, but there are other options out there.

I recently wrote a short story for the Princeless anthology (Action Lab), which I think is coming out later this year and I worked with Jenn Blake who has drawn for IDW (My Little Pony). It was a great experience and makes me want to collaborate more.