Growing up as a child it was unusual to see more than a token black person cast in a science fiction television show, let alone having a major role. The black members of the Star Trek franchise cast were some of our first examples of black people in popular science fiction and their work will forever live on in our memories. However, there are many accomplishments that these cast members achieved that are little known and never advertised. 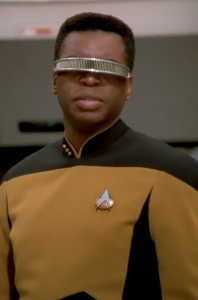 For instance, one of my favorite actors, LeVar Burton, who played Lieutenant Commander Geordi La Forge on Star Trek: The Next Generation, was born on February 16, 1957 in Germany. Many of us may know him from playing Kunte Kinte in Roots, hosting Reading Rainbow, and providing the voice for Kwame on Captain Planet and the Planeteers.