Oh it has begun. 2015 will go down as the year of the DC Cinematic Extended Universe (DCEU) and I for one am here for it.

Batman vs. Superman: Dawn of Justice debuted in March and Suicide Squad hit theaters at the beginning of August. Both have already set box office records and have easily put Marvel on notice. Having seen both movies, I eagerly await the next installment of DC films.

I haven’t been this excited about a film since the extraordinary Halle Berry brought Storm to life in the first X-Men in 2000. It’s a wonderful time to be a comic book geek.

Now admittedly the DC Extended Universe has been met with more than its share of skepticism and for good reason. It’s taken DC and parent company Warner Bros eight years to provide an answer to Disney’s Marvel Cinematic Universe.

But provide an answer they have, with their first two outings. But Dawn of Justice and Suicide Squad alone aren’t the only reasons I’m stoked. The following are seven reasons why I’m excited about the DC Extended Universe and why you should be as well.

Let’s be honest. The MCU and parent company Disney’s success at the box office is undeniable. However, the quality of many of its movies can certainly be called into question.

The only reason many of us suffered through Phase One flicks were hints of things to come in the first Avengers film.

The Incredible Hulk was all over the place. Thor 2: The Dark World was a letdown from its prequel and the Iron Man films were a regurgitation of the same movie. Then last summer they rebooted the Iron Man flicks and renamed it Ant Man.

This isn’t to say Marvel hasn’t delivered, because they have. The Avengers films and Winter Soldier are cinematic gems and the Coulson May Power Hour (known to some of you Marvel’s Agents of SHIELD’s) is one of the best shows on television

If Dawn of Justice, Suicide Squad, and Wonder Woman teasers  are any indicators, we won’t have to wait until the Justice League film for a major payoff in the DC Cinematic Continuity. 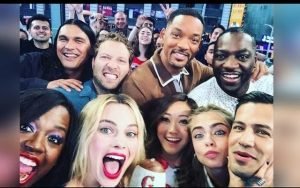 The cast of DC’s Suicide Squad

If the upcoming DC films don’t have you stoked, then the A-List stars in them should. Henry Cavill, Ben Affleck, Gal Gadot, Viola Davis, Will Smith, Dwayne “The Rock” Johnson, Chris Pine, Jason Momoa, are just a few of the big names affiliated with the DC projects.

Will Smith is the only A-list actor who hasn’t had a film bomb at the box office in nearly a decade. Even Concussion and After Earth, which is considered Smith’s weakest films from a box office standpoint were still very successful.

Johnson’s nickname in Hollywood has become Lazarus. Between The Fast & the Furious films, Journey to the Center of the Earth, and G.I. Joe Retaliation, he has revived pre-existing franchises which have resulted in monumental success. Little wonder that he is Hollywood’s most bankable star. Neither of these men or the other actors mentioned would sign on to DC if it wasn’t a sure bet. 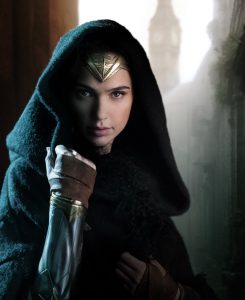 To be completely candid, Wonder Woman making her long overdue debut on the silver screen is more than reason enough alone to be Team DCEU. She’s the most iconic super heroine of all-time and one third of DC’s Trinity. She is also the Pristine Balance. Yet in all of this time, she has yet to have a live action feature length film on the big screen in the 74 years since her debut. That is not only unacceptable but a reflection of how pervasive misogyny is in our culture.

Warner couldn’t have selected a finer actress in Gal Gadot, especially given her work in  The Fast & The Furious series. and I for one can’t wait to see her hold it down as the First Lady of Comic Books in her own feature length film next year. 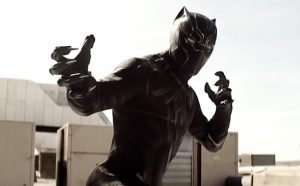 Despite numerous campaigns and public outcry from fans, Marvel seemingly had no intentions to provide a Black Panther film. Despite the animated Black Panther animated success —it outperformed all comparable Marvel animated films even without a live action film to promote it—Marvel still had no interest in bringing the Wakandan superhero to life.

In fact Marvel execs hemmed and hawwed about how difficult it would be to create Wakanda. (http://www.indiewire.com/2012/07/marvel-boss-talks-black-panther-movie-says-its-difficult-to-create-world-setting-143938/)

It wasn’t until DC announced its slate of films (several of which feature nonwhite protagonists like Aquaman, Suicide Squad, Cyborg and Black Adam) that Marvel/Disney seemingly woke up. The Black Panther and Wakanda will be coming soon to a theater near you courtesy of of DC/Warner Bros.

Marvel/Disney have been resting on their laurels and more than a few of their releases have reflected this: Incredible Hulk, Dark World, Iron Man sequels and Ant Man.

There was a reason why Marvel skipped Comic-Con last year. The DCEU released the trailers for their BvS and Suicide Squad and made their presence felt.

Healthy competition will force both companies to step their game up, thus ensuring this comic book renaissance that was started by the release of the first Blade film won’t be ending anytime soon.

Regardless of which company dominates the box office, the biggest winners are going to be the fans. 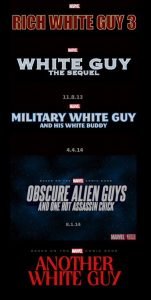 What’s interesting is that in terms of the comics, Marvel has dominated in sales and has been killing it in terms of diversity. Meanwhile the MCU leaves much to be desired and the only reason it’s moving away from the straight white guy narrative is because of competition from the DCEU. DC Comics have been a walking fustercluck on the printed page but they’ve slayed in terms of diversity and quality in their films.

With Suicide Squad, DC gave Marvel/Disney and white fandom the middle finger in proving that diversity and artistry are not mutually exclusive. This film features two black leads, a white bisexual protagonist, Asian, Native American, and Latino characters who are well developed and have their own agencies. Unlike the MCU, the DCEU is even willing to diversify its Big Bads and include a villainess, Enchantress.

Meanwhile at Marvel, Black Panther is scheduled to be released in 2018 making it a decade since the MCU debuted before we receive a nonwhite superhero on the big screen.

Finally comic book geeks of color are getting heroes that reflect us on the big screen and small screens. 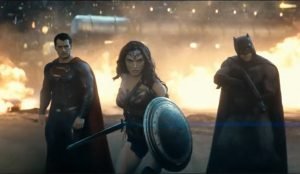 People may not realize this but history was made with Batman vs. Superman: Dawn of Justice. For the first  time in history The Man of Steel, the Caped Crusader and the Amazon appeared together in a live action story.

This is of monumental importance because not only are DC’s Trinity the flagships of DC Comics but they are the cornerstones of Western media and western pop culture.

Watching this triumvirate team up and best Lex Luthor and Doomsday was the payoff fanboy dreams are made of. I eagerly await with baited breath when the Trinity reunites with the other heroes of DC in the upcoming Justice League films.

With history being made, I eagerly await what the future holds.