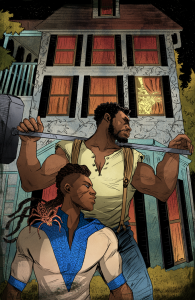 Accidentally breaking a barrier between our world and theirs (called THE MOTHER KINGDOM), Is’nana (the son of Anansi the Spider God of Stories) accepts the responsibility for releasing creatures of horror into our reality, villains who want nothing more but to cause chaos and mayhem to achieve their own diabolical or selfish goals. With guidance from his father, Is’nana not only strives to live up to his father’s name but to also reach his own potential while he seeks to discover his individuality and place in the world.

John Henry is a legendary hero who is best known for racing and winning against a steam drill machine in constructing a railroad and railroad tunnel. Unfortunately, due to exhaustion from the competition, Henry passed away. 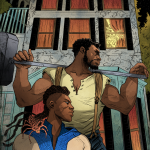 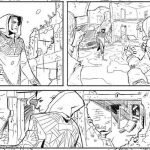 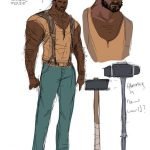 Head here for more information about the Kickstarter.