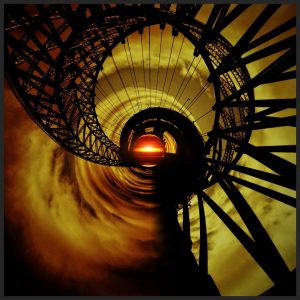 Cherish could feel a bead of sweat roll down her forehead as she stood amidst the stuffed animals, soiled socks and other clutter inside the closet of her childhood bedroom. There was a strange mixture of smells formed from the things that she had never bothered to remove. The cardboard shoeboxes full of old birthday cards and photo albums she’d stored on the narrow shelf space had not survived the leaks in the closet ceiling, so the stale smell of things clean and unclean mingled in her nose as she breathed as quietly as she could. Her hair was still wet from the shower, and a loose braid had freed itself from her bun and was currently tickling the middle of her back.

Cherish struggled not to flinch when a roach scuttled near her toe, the sliver of light from the closet door exposing its flat, brown exoskeleton in the dark.  She suddenly felt a powerful yet fleeting hatred for the roach in that moment.  She hated its freedom and aptitude for filth and terrain of all kinds. In contrast, almost every moment of her life that lead up to this point had been shrouded with the type of warm familiarity that always bred naivety. Even more, she hated that she couldn’t bear to crush the vermin beneath her barefoot because she couldn’t stomach the sound of its plump body exploding into slimy fragments beneath her weight.  She glanced at it briefly before gluing her eyes back to the bedroom door, watching for signs of Darren. Meanwhile, the pest crawled merrily away having escaped death at the hands of one of its cruel, gargantuan gods.

Though her ankle seared with pain from her hasty retreat into her closet, Cherish focused on singling out every sound in her mother’s apartment.  She could hear the newscast blaring from the television speakers.  She could hear Darren, her mother’s boyfriend, as his heavy boots creaked along the thinly carpeted floorboards of their apartment.  In that moment, the only thing to trump the thought of what would happen to her when he found her was fear of what had happened to her mother since the storm began.  But Cherish steadied her breathing and willed her heart to beat slower so that she could make out more of the broadcast coming from her television just a few feet away. She peered through the crack in the door to make out as much of the broadcast as she could.

“Another strange phenomena has been reported,” said the news reporter.  He wore a windbreaker and a look of bewilderment as he stood in the midst of a ravaged area that appeared to be downtown.  Cherish could see the National Monument behind him.  Then, she could see something else behind him that was rising slowly into the air as he spoke.

Cherish squinted at the object, which was a dark and greenish color.  It spun faster and faster as it rose slowly into the air.  When it had risen to a height where it was just behind the reporter’s shoulder, Cherish could see that it was a fire hydrant.  “Reports of this particular…event are now coming in from across the globe.  Something appears to be affecting metal ob—” the television went dark before the jittery newscaster could finish his live report.

Then the whole apartment went dark, and Cherish suddenly realized she was cold.  She’d stood in the closet for several minutes.  Her body was void of water droplets or sweat now, and her skin was cool to the touch.  The only thing she was keenly aware of was the way in which the absence of sound amplified her hearing.  Now, she could hear Darren spouting drunken slurs as he lurched down the hallway.  He was near her brother’s room now, which was adjacent to hers.

But Cherish knew her younger brother wasn’t there.  Cherish and Darren were alone in her mother’s apartment.

Cramped and shabby as it was, the days Cherish spent visiting her mother Celia had brought a rhythm back into her life that she often missed since she set out on her own.  Cherish, her mother, and her younger brother Tyron had cultivated that rhythm for years.  The modest meals cooked in their small kitchen, their time in front of the television watching their favorite shows as their mother braided or brushed their hair—it was all a rhythm they knew.  And the routine of it all was held together by their quiet acceptance that Cherish and Tyron’s father would never return. He’d slipped out of their lives as noiselessly as a flower closing its bloom, and they’d been left to contend with it as best they knew how.

Years had rolled by in this way.  Cherish had grown tall and sharp, and often drew praise from teachers on the consistency of her work and grades.  And if she’d learned nothing else from her mother, it was that consistency and stability was the one thing she could cling to, much in the way that Celia did after her husband left her with two small children to fend for alone.  Throughout her life Cherish had come to admire the way her mother held down stable work and strove to maintain the standard of living that the family had enjoyed before they’d been abandoned, but Cherish also saw that catering to them had also worn Celia down.

Both Celia and her mother stood just above 5’7, with long slender limbs that made even their smallest movements appear graceful.  Both women had small, dark, almond-shaped eyes. Their thick hair they kept braided or twisted and piled on their heads. Both had skin the color of caramel syrup, impossibly small hands, and long, narrow feet.  Celia had always told her daughter that she loved dance when she was little, and that it was in their blood because of the natural posture and balance they’d always possessed.

Though there was a little over two decades between them, there was little difference in their appearances aside from the streak of grey striped boldly against Celia’s temple, a manifestation of years of hard work with very little dance involved.

Cherish had always excelled more at academics than dance, though. Throughout her schooling she could feel her mother’s loneliness and fought to keep her connection with her as best she could.  She made time to visit her each summer throughout college, returning a little taller and wiser each time she knocked on Celia’s door.  Aside from the few times she was ill or immersed in her studies, Cherish always made an effort to return home.  Her heart shaped face beamed with eager satisfaction when she showed up on Celia’s doorstep with good news, or looked drawn and sullen when she retreated there after her heart had been broken.

On a few occasions after she’d begun her first year of college, Cherish had come back to find that Celia also had times when things clearly hadn’t worked out the way she planned. Cherish could easily recall the few times she held back surprise as the door swung open on a scene she barely recognized–her mother standing there with a hopeful smile and new love interest by her side.  Celia had been alone for many years, after all.  Tyron, in his teens at that point, was old enough to accept his mother’s needs.  So Cherish had been polite to the four men she’d met in as many years, and joined Tyron in comforting their mother whenever she returned to find her alone again.

But this visit, Cherish had returned to stay with her mother because she’d been the one who’d needed comforting. Things with her boyfriend hadn’t been going well, and their last fight had left her so shaken that she’d fled to her mother’s for solace only to find Celia with Darren, a man who made her feel uneasy at best.

In her twenty-two years of life, Cherish had never laid eyes on someone she’d instantly disliked more than Darren. But instead of heading home, she’d felt compelled to stay and make sure her mother wasn’t being taken advantage of by this new man.  Her mother wasn’t wealthy by any means, but she kept a comfortable home and had a tendency to fall for those she deemed in need of nurturing.

So Cherish stayed and observed her mother’s companion closely.  She’d even asked her brother Tyron about him whenever she could, though he had little interaction with the man.

“He’s alright, I guess.  He gets weird when he gets his headaches, though. A little irritated.  That’s when I stay out of his way,” Tyron said dismissively before putting his headphones back in his ears. [Next Page]