Now that he has passed from us, it is time to do what story telling has always done…

“My very first political action… was a protest against apartheid. Like so many around the globe, I cannot fully imagine my own life without the example that Nelson Mandela. And so long as I live, I will do what I can to learn from him.”

“You know that you are really famous the day that you discover that you have become a comic character.”

Freedom fighter, fugitive, president of his nation, hero of the world, Nelson Mandela was called a terrorist, forced into hiding, captured, threatened with death, and eventually thrown in jail. But nothing could stop him from fighting to liberate his country from apartheid. What better heroic subject for a graphic novel?

While not an action adventure tale, Nelson Mandela’s life is still a story full of dramatic turns and personal sacrifice. Even though there will doubtlessly be a number of new books, graphic or otherwise, that will be rushed to press documenting the life of this great man, we are fortunate to have several graphic biographies of Nelson Mandela that were written while he was still with us.

To say that the entire world has just lost a great leader seems hardly enough. That Nelson Mandela was admired by people from around the world for his efforts for freedom and struggle against injustice is only saying a little more. World leaders and human rights activists praised Mandela as a moral giant whose strength and sacrifice changed the world

He was a Nobel Peace Prize laureate who spent 27 years in prison as part of his lifelong struggle against oppression.

“We have at last, achieved our political emancipation,” Mandela then 75, declared as the new president of South Africa. “Never, never and never again shall it be that this beautiful land will again experience the oppression of one by another. ..The sun shall never set on so glorious a human achievement.”

After he left office in 1999, Mandela devoted substantial energy and resources, both personal and through his Nelson Mandela Foundation, to raising awareness of the HIV/AIDS epidemic. In 2002, he publicly criticized his successor, Thabo Mbeki, for delays in implementing a plan to fight HIV/AIDS.

Archbishop Desmond Tutu, like Mandela a Nobel peace Prize laureate, said the world mourned the loss of “a colossus of unimpeachable moral character and integrity, the world’s most admired and revered public figure.”

Now that he has passed from us, it is time to do what story telling has always done – to preserve this heroic story for a wider audience. What a fitting tribute to a life well lived. What better way to preserve the events of his life for young people in South Africa, and around the world.

Graphic Biographies – Nelson Mandela: The Life of an African Statesman

By Rob Shone and illustrated by Neil Reed

This is a perfect forty eight page graphic effort to whet the appetite of young people curious about the life of Nelson Mandela. 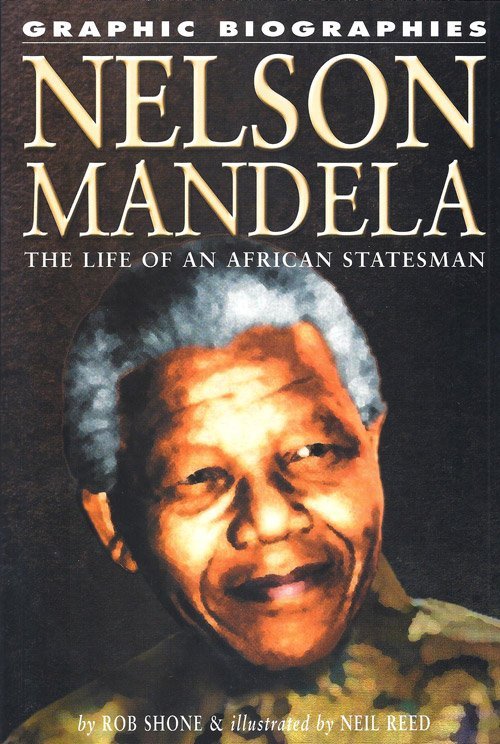 A more in depth venture of nearly 200 pages, this book began as a series of eight comics distributed free by the Nelson Mandela Foundation in partnership with comic publisher Umlando Wezithombe between 2005 and 2007. The series was a project of the Foundation’s Centre of Memory and Dialogue, and was aimed at reaching young South Africans with the story of the life and times of Nelson Mandela, in accessible form.

The series drew in a wide range of published work, but also made use of previously unused archival material as well as formal and informal interviews with individuals who appear as characters in the story.  This graphic novel is a feast for the eyes as well as a treasure trove of detailed information about the life of Nelson Mandela. 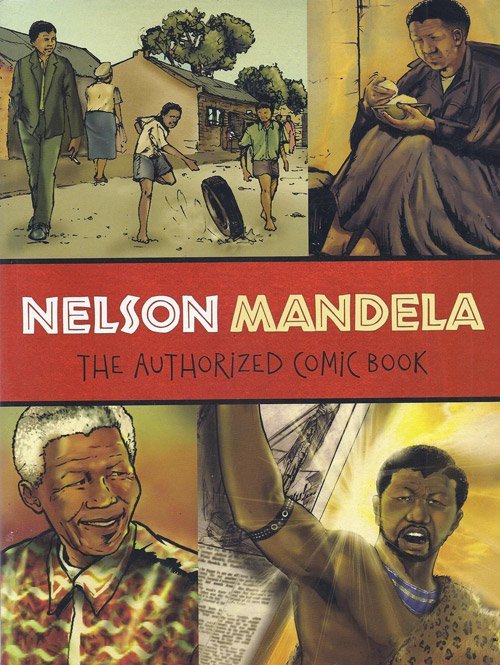 What’s So Funny; Under the Skin of South African Cartooning

Double Storey, an imprint of Juta and Company Ltd. 2010

This is a perfect resource about the history of political cartooning in South Africa.  Author Andy Mason has done a fabulous job of documentation, and includes quite a few cartoons of Nelson Mandela. 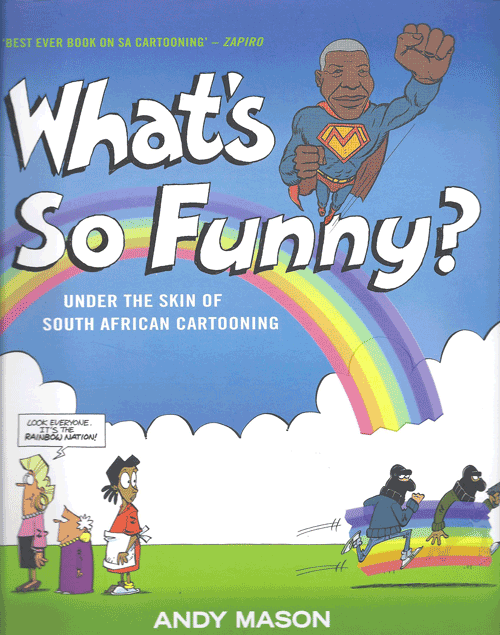