The 2016 American Black Film Festival (ABFF) was off the chain. Held this year in Miami, FL the event, as described by the ABFF, was “founded in 1997, is an annual event dedicated to showcasing entertainment content made by and about people of African descent to a worldwide audience. Today it is recognized as the premier pipeline for Black talent in front of and behind the camera. The festival is comprised of five action-packed days of films, panels, parties and more…from the star-studded opening night screening to the closing “Best of Festival” Awards Ceremony.”

Check out some of the interviews that we were able to snag from some of Hollywood’s best and brightest. 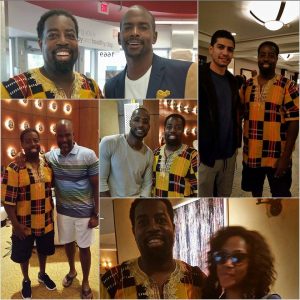