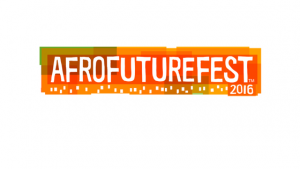 NEW YORK, October 5, 2016 Tim Fielder and Tony Puryear announced today that Afrofuturefest, their acclaimed show-within-a-show featuring creators of color at New York Comic Con, would not be appearing as scheduled at this year’s convention, beginning October 6 at the Javits Center in New York.

Show founder Fielder said “We had an amazing lineup of artists and guests, and a lot of fan expectation riding on us from last year’s successful show, but our booth space fell through, leaving us without a venue. We pursued alternative spaces, but in the end, Afrofuturefest belongs on the main floor of the Javits Center at NYCC. Failing that, we were forced to cancel our show. We are disappointed with this outcome, but will continue to pursue our vision of providing the premiere showcase for comics, film and game creators of color.”

Addressing Afrofuturefest’s successful crowdfunding campaign on IndieGoGo, show founder Puryear said “Our next step is to make sure those who contributed to this vision this year are reimbursed. We hope their belief in us and our show will carry over to next year, when we look to return to NYCC bigger and better than ever.”

In 2015, over 160,00 fans passed by the Afrofuturefest booth at New York Comic Con at the Javits Center. There they met creators of color in comics, film and games, bought books and merchandise, cosplayed posed for photos and met and networked with one another. Show founders, comics artists Tim Fielder (Matty’s Rocket) and Tony Puryear (Concrete Park) brought together an all-star lineup for a first-of-it’s-kind showcase.