Who Knew? Ameriie Has A New Fantasy Anthology Coming Out
0 Comments 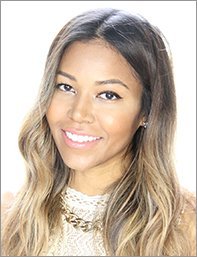 You may remember the stunning Grammy award winning artist from her hit songs “Why Don’t We Fall In Love”, and “One Thing” that had the radio waves blazing in the early 2000’s.  Well according to her bio, not only is Ameriie a Sci-Fi & Fantasy enthusiast, but she is also the Anthologist behind the upcoming anthology Because You Love to Hate Me, a villain centered collection of short stories that will be published by Bloomsbury Children’s Books in July of 2017.

According to Publishers Weekly, the anthology “contains collaborations from 13 bestselling authors and 13 influential booktubers” and will be edited by Ameriie herself.  As far as the inspiration behind the theme, Ameriie says “I have always had this love affair with the villainous characters, from Roald Dahl books to cartoons,” she said. “I used to think, doesn’t Matilda know these adults have had a tough time? We should feel bad for them!” she said with a laugh. “I don’t see the world in black and white. I love the grays. Villains are often very pragmatic and they do things the heroes aren’t willing to do, or can’t do because they will get their hands dirty.”

In other news, Ameriie released an EP in May of this year titled “Drive” that is now available on iTunes.  You can keep up with the latest news and updates on Ameriie via her website: www.ameriie.com.