Recently Edward Williams, founder and chief creative officer of Arclight Comics put out a call. A call for black female writers specifically. The CCO took to twitter and issued a simple request: 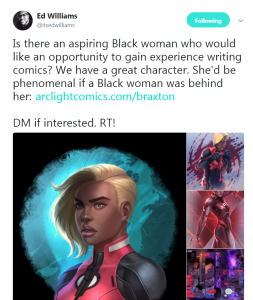 So naturally we reached out to the Arclight Comics founder and bombarded him with questions to dig a little bit deeper into his call to arms.

BlackSci-Fi.com: Why specifically look for a black female writer?

Ed Williams: Braxton is genuinely an exciting character. As a man, I feel as though I’ve done a good job getting her to this point. I’ve spent several months channeling every experience and memory I’ve ever had from my mother, grandmothers, and aunts into creating this character. And its worked. But I don’t want it just to work; I want it to last. Having a Black woman behind Braxton means giving her words, her actions, and her story more impact. Our Black male characters, Tremor and Bolt, are strong because I am privy to the small details and nuances of our experiences and voice. I want the same for Braxton. Sure, anyone can write for the character,but getting a Black woman in on the foundation level means we’re setting her up for a more extended, more impactful run. 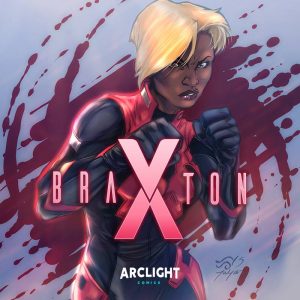 BSF: Do you feel that there is a problem within the industry for hiring black female writers on comic books? Why?

Imagine what that feels like time and again? To be constantly neglected and removed from the things you love and enjoy. It’s sad. It’s also pretty upsetting. We’ve got to do better.

BSF: How has the response been to your Twitter request for black female writers?

EW: We’re over 1,000 retweets. My notifications haven’t stopped since Friday. I’m completely overwhelmed. The response has been phenomenal. 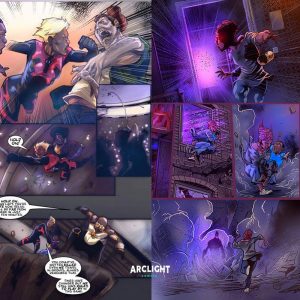 A page of Braxton in action.

BSF: Tell us a little more about Braxton.

EW: Braxton comes from a world that feels like God has lifted His grace and mercy from her life. It’s a dark past full of secrets we’ll reveal throughout her arcs and development, but she’s now left that world and is discovering what it feels like to be normal again. Braxton hasn’t known normalcy since she was 7 or 8 years old, and at the time we meet her, she’s 28 with a son. Her past threatens his life, so she’s in a constant state of old Braxton and new Braxton, both in a quarrel for not only her soul but for the protection of her child.

So we’ll be following Braxton on her road towards redemption. Legacy means more to her now than ever since the birth of her child. She wants to raise Malachi (her son) to reset her family history and start something new, and that only happens if she can get the second chance she seeks and breaks through the mental and emotional strongholds of her past—and some of that means blood needs to be on her hands.

BSF: What are you hoping that a writer brings to telling the story of Braxton?

EW: A voice, an experience, and a truth six men cannot capture or narrate at this time. I’m also hoping they bring opportunity. One of my biggest fears is not seeing the chance to do something different and new. 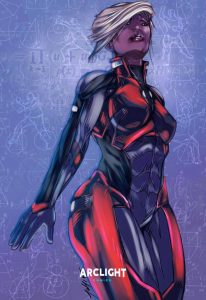 BSF: Is this a trend that you want to continue in terms of bringing on feel more female writers on books?

EW: I wouldn’t call it a trend.

Bringing women onto our team has been a goal of mine for years. We’ve had them throughout the years, but the commitment has always been an issue. We aren’t able to pay people at this time, so it’s understandable. But having an all-male team has always been unsettling to me. It isn’t true to who we claim we are/want to be: a collaboration of many different walks of life bringing our experiences to the table to create compelling, authentic stories in comics. We need women to make this work. We’ve done a good job so far handling our women characters, but I know they’d be stronger with the right writers behind them.

A few months ago I had a friend (who’s writing would take the industry by storm, by the way) look at Go-Girl and she caught things we weren’t paying attention to.

That’s the importance of having real representation behind the scenes. Anyone can write for any character. I believe that. But details are where it counts.

I always give the Thanksgiving scenario to the team whenever we talk about this. If we’re writing a Thanksgiving scene and say Brent (Community Manager) or Spencer (Writer) write Braxton as bringing pumpkin pie and Tremor bringing cranberry sauce to the function—I’m going to catch it and say “Nah. Hold up. Black folks ain’t bringing no pumpkin pie to the function. Switch this out of sweet potato and make Tremor bring a pound cake or collard greens.” Haha!

Little stuff like that, you know? Small details that have significant relevance to the culture, gender, race, etc. they come from. That’s what I’m after. That’s why we pour so much research into characters like Braxton, Riot (Maori), and Go-Girl (Korean), and also bring in collaborators to help us see what we aren’t seeing. 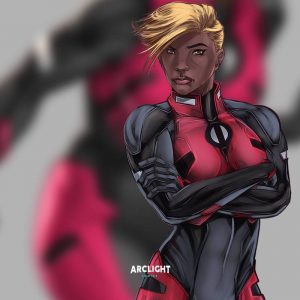 BSF: What would you say to those people who suggest that this is a non-issue? That having different voices on books should not be as big of a deal as they feel that people are making it out to be?

EW: They can have that opinion. I’m over trying to convince people the sky is blue and they’re calling it red. If it’s a non-issue for you, then it’s a non-issue. But respect my belief and opinion the same way I’ll respect yours. We don’t need to go back and forth on it. I know I won’t. We have too much to do at Arclight to get into it with people like this.

BSF: Will this follow a certain story arc, or is this a part of a miniseries? Basically, what does the future have in-store for Braxton?

EW: Absolutely. We have end games for each character. We know where they’re going 2, 5, and 10 years from now. Braxton is a character that was created to impact the universe we’ve created. If we took her out of the equation, I wanted people to feel the loss. She’s one of our ‘powerhouse’ characters that’ll deliver some memorable stories for sure.

BSF: Where are things at with your search? When do you think you’ll make a decision on a writer?

EW: We’ve had close to 100 applicants—so I’d say the search has been great. We have a roundtable interview with an applicant this coming Sunday, so we’re eager to get the ball rolling and get started. I’m excited about this.