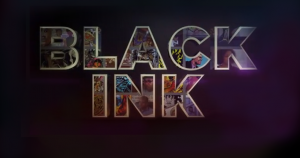 With movie studios and television networks mining comics for source material, as well as internet shows devoted to comic books, comics are big business and diversity takes center stage. Black creative talent does not always feel fairly represented in an industry that has been described traditionally as “a hobby for white guys.” More reflective of present day multi-cultural society as well as the market for comics, Black Ink takes a closer look at the comics industry and the black men and women inside it.

Headlight Filmworks is a family owned and operated independent film company. We are looking forward to finishing this documentary for release in the summer of 2017.

For more information head to https://www.kickstarter.com/projects/1750747889/black-ink-people-of-color-in-comics.