Way back when in the olden’ days, video gaming used to be relegated to homes and video arcades. You could plug up the Atari, Nintendo, or Sega Genesis, round up some friends at the house and have a great time running through games like Streets of Rage, Sonic The Hedgehog, Super Mario 3, or Double Dragon.

Many arcades were the scene of co-op crusades through games like X-MEN, the Simpsons, or Golden Axe. 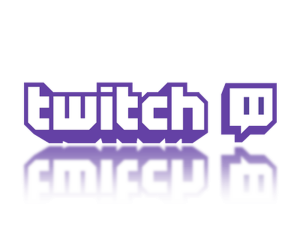 They could also be the proving grounds with classics like Street Fighter vs. Capcom, Mortal Kombat, and Tekken.

Either way, video gaming has always been a social activity. Some of my most fun times spent with friends has been running through a co-op game or shooting it out in an FPS (first person shooter).

Imagine maximizing that social experience by say, a few hundred viewers, crowded around your home television, or the local arcade machine. Let’s push that audience up to a few thousand, or heck even millions, and now you have Twitch streaming.

In a world where high speed internet access has reached just about every corner of the globe, gamers are more connected now than they ever were. One such extension of that is Twitch, “the world’s leading social video platform and community for gamers, video game culture, and the creative arts”, according to the Twitch.com website.

Further “each day, close to 10 million visitors gather to watch and talk about video games with more than 2 million streamers.”

Essentially, you now have a chance to watch other individuals run through your favorite game, broadcast a live feed for your own gaming session for interested fans, or watch large scale E-Gaming tournaments (EVO Championship Series).

One such Twitch stream host who turned her love of gaming into Twitch gaming content is Daycia Harley. A Jill of all Trades, (she’s also a You Tube host, an international traveler, and also studied neurobiology & Asian studies at the University of Cincinnati), Daycia is a self described geek whose Twitch channel, Daylightful, has an impressive 2,102 followers. Daycia recently took some time away from her gaming to speak a little bit more about her career as a gamer, You Tube host, and Twitch streamer.

Robert Jeffrey II: How did you get into gaming? 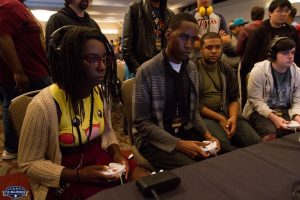 Daycia Harley: Since I was a kid I’ve always loved gaming. My father introduced me to it with Super Mario world on SNES!

RJ:  Give us some insight into your geeky/ non geeky background.

DH: I’m currently a Twitch streamer and world traveler! I often times go back and forth to Japan, studying Japanese, and sight-seeing. I love speaking foreign languages and hope to be able to make a living doing something relating to that! I primarily make YouTube videos of Japan, games, and other Japanese related nerdy things!

RJ: Was there a particular game series or even genre that caught your interest when you first started gaming? How about now?

DH: Mario! I loved everything Mario! I loved all of my Nintendo systems so I became very obsessed with Nintendo games. Now I play primarily Super Smash Bros. competitively and enjoy the community and scene!

RJ: How did you get involved in tournament gaming, and Smash Bros. in particular?

DH: I’m a competitive person by nature. A friend introduced me to Smash tournaments and couldn’t stop attending them. Now they are a great way of meeting people and playing games all at once!

RJ:  I see that the Smash Bros. and the Pokemon game franchises seem to be a personal favorite of yours. I often get my butt handed to me as Link in any of the Smash Bros. games. What about these games stand out for you?

DH: Link is a fun character! The reason why I love Smash is due to the competitive scene. I’ve been in it since 2009, and made great friends throughout the years. My life would totally be different without them! Pokemon is kind of like my guilty pleasure!

DH: Probably hundreds of tournaments! Living in Cincinnati going to a lot of locals was fun, and also all around. I’ve won quite a handful of smaller events. Larger ones such as regionals or nationals are a bit tough, but I usually get top 10%!

RJ: The E Gaming/ Tournament field has grown in leaps and bounds from the days of when I first 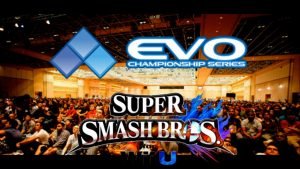 heard about it with the Fred Savage classic movie called “Wizard” (yeah, I just really dated myself there, lol).

DH: eSports is basically sports but video games! It’s a great way to meet people and enjoy something you like (who doesn’t like video games?). In terms of tournaments, I just say go to any! Locals and small ones are nice because you can meet people.

Big ones are great because there’s a lot going on! In terms of Smash, I’d say go to Super Smash Con! It’s large but very friendly and tons of other things to do! EVO is another tournament held in Las Vegas and it is fantastic if you want to see eSports in action!

RJ: I see that you also have a Twitch stream with 2K+ followers which is awesome. Congrats on that.

DH: Thank you!! I am very thankful and wouldn’t be much without them! I really value all of my supporters!!

RJ: Why did you start streaming on Twitch?

DH: I started streaming because I really love playing the game (Super Smash Bros.). I can’t stream if I don’t have fun doing it. I love Smash, I love people, and the community! Streaming brings all of that together. It brings me joy seeing people have fun and love watching what I do! 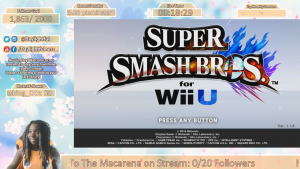 RJ: Watching your most recent stream “Smash w/ Viewers” its cool watching your interactivity with your opponents/ viewers.

How do you prevent yourself from talking mad ‘ish during the battles which might get kind of heated lol? Or maybe the better question is how have you been able to balance being a host and gamer?

DH: Thankfully I tend to be pretty level-headed in general. So even playing in person I don’t get mad. It’s a bit hard being a host and gamer for me personally as I am bad at multi-tasking. But it’s fun to talk about video games or anything the audience is interested in. If it’s not too much and if it’s something you like then the words just flow out!

RJ: One of the things that I’ve noticed with your gaming is that you play games for charities. Can you talk a little about how you started doing this, and why? How does it feel to give back doing something that you love?

DH: I am very passionate about giving back. I hope to make it my main job where I can always give back to people. AbleGamers is typically who I team up with if I stream for charities. If I were to do something personal, I may run a large tournament and get sponsorships to help achieve our goal! I’m still figuring out how I’m going to make charity work my main goal in life, but I really want to!

RJ:  Can you talk a little about your Daylightful You Tube channel? What would you say the channel focuses on, and what do you hope that viewers take from your content.

DH: My channel is mostly Japan focused, as I used to study abroad there. If you are interested in Japan, learning Japanese, weird Japanese things, games and anime then that is what my channel is! I plan on going back to Japan for a little bit next Spring, so there will be more Japan stuff!

RJ:  What advice would you give to someone wanting to follow in your footsteps with becoming a professional gamer, You Tube personality, or who just want to let their geek flag fly?

DH:  Do it!! The biggest thing is just getting started! I am sure you hear it a lot but it’s true! Create a schedule, get things done in writing, and just go. Taking the first step is the hardest. Once you have a flow it’s all uphill from there!