Growing up with few heroes of color for me to celebrate made me feel that a hierarchy had already been firmly established in my world.  But those feelings–as founded as they were–felt like paranoia to me at first and mostly went unchecked until I took a British children’s literature course in college.  My professor for that class was a tactfully bald, overtly masculine white man who’d written books on anthropomorphism, colonialism, and gender roles in literature. I liked the guy. 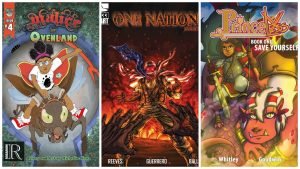 children’s literature in general so thoroughly–outraged and intrigued me all at once.  Of course, I’d learned about marginalization and cultural representation before then, but to hear a white man stand up in front of our class and explain that he was not only aware of his privilege but had dissected it, was eye-opening for me. I don’t remember all of his lecture verbatim, but I do remember the portion of it that stung me to my core and motivated me to seek out and celebrate heroes of color wherever I find them:

“Why have we guarded and preserved hegemonic themes in children’s literature that affirm white, male invincibility and asserts that female characters and roles are secondary or bothersome?” he asked our predominantly black class. “It’s because the authors of those books knew the power in telling little white boys that they alone will slay the dragon, they alone will win the maiden, and they alone are most entitled and equipped to conquer and rule the kingdoms of the world.”

His statement reminded me that the language of under representation is one that people of color know well.  We’ve been tight-lipped sidekicks, scantily clad, sassy love interests, and oafs put in place solely for comic relief. Fortunately the driving force behind more representation is simple; it involves us taking action…and we did. In the past few decades, people of color have been unapologetically taking the reins of their own narrative.

An influx of black illustrators and authors engaging in artistic collaborations spawned a boom of black comic books, sci-fi publications, and black superheroes. While some of the characters black writers, filmmakers and other black creatives introduced to the world may not become household names for many years, the importance of bringing these characters into our own households right now is more important than ever. 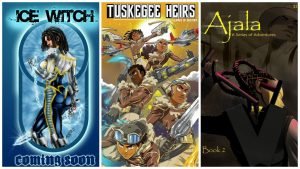 Inside, I still believe as I did when I was a little girl; if someone see another like themselves accomplish the extraordinary, it pulls the extraordinary within reach for them. If children’s literature, rife with its heroes, magic and impossibilities, has been preserved in a way that serves one group’s interests and reinforces their view of themselves–and it certainly has–then it should be disrupted in favor of heroism for all.

What black sci-fi, speculative fiction, and afrofuturism culture has accomplished is the shattering of a literary mirror that has shown little more than one reflection for very long, and has allowed black and brown children to come away with pieces that reflect them.

Of course, it’s not just children of color who should grasp that they deserve to see themselves as heroes.  All children should be taught to recognize imbalances in their world, and all children should learn that true heroism lies in restoring balance and equity. And though it’s nice for children of color to see heroes who look like them do great things in the real world, I know that real magic can happen when we show them that they can slay the dragon and rule kingdoms of their own.

As for the maidens? They can do the same.