BlackJack: Your Passport to Adventure Has Arrived!
0 Comments 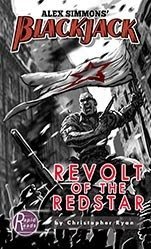 Travel The Globe With The Most Unique Action Hero Of All!

Hey there, cue he adventurous music!

The announcer proclaims in dramatic tones, “Arron Day is BLACKJACK, a globetrotting African-American soldier of fortune living in the turbulent 1930s! A man challenged by power mad dictators, the ghosts of his past, the bigotry of his time!“
Add on historical backdrops, exotic locales, racial revelations, and danger at every turn … and I ask, what more could you want?
As the creator of the series this is what I’ve tried to deliver in every story. Now along with my friend and fellow author Chris Ryan, we’re bringing you a new collection of action adventure tales through our Blackjack Rapid Reads series.
The first one “REVOLT OF THE RED STAR” was for free. And I hope you enjoyed it.
Now its time for throw on your backpacks, and dig out some dollars, drachmas, rubles, doubloons, and chekels to buy in on Blackjack’s hunt for one of the greatest treasures in human history. That’s what up next in, “RANSOM FOR A DEAD KING.” 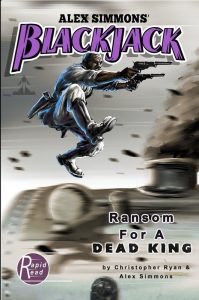 So get it and read it – rapidly (of course), because the action doesn’t stop there. Arron’s next mission will pit him against man, the elements, and something far more dangerous in a battle to save the world.
All that and more in the upcoming book, “BLACKJACK: DRIVEN.“ 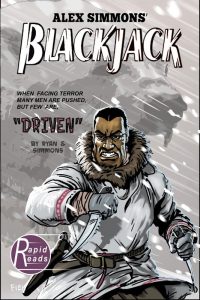 Well, that’s it for now. But be here next week…uh… Okay, be here in a few days when I’ll reveal to you some long lost secrets.

Or at least tell you some more cool stuff.

All the best,
Alex Simmons