BlackSci-Fi.com will be in attendance at the world premiere of Rico Salam’s film Heroin on August 20th!

The movie focuses on the wake of destruction that this drug leaves, effecting any and all of the people who come across it. A summary for the film states, “a man’s addiction to heroin, causes a domino effect of tragedy and violence, that puts him and his daughter’s lives in the hands of a killer.”

Head here for more information about the premiere, and how you can be a part of the red carpet premiere of the new film. 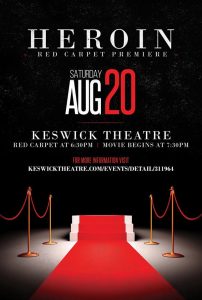