A couple of weeks ago I attended MomoCon, in Atlanta, GA. Spent some time with my wife and nephew, who enjoyed his first time at the convention. I ate too much, saw a lot of cosplayers, sat in on some panels, and all around had a great time.

Oh, and did I mention I spent too much money on comics? Yeah, comic con’s are sort of my drug of choice when it comes to buying graphic novels.

So when we got home, I’m going through my wares from the show, and I noticed a common trend among the books I’ve picked up:

They all featured female leads. It was something I hadn’t purposely done, but it just happened. As  I scoured the aisles of vending booths, I found myself gravitating towards these books because I quite simply wanted to read them. 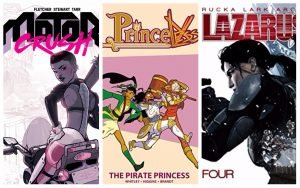 So about a week or so later, I go to the theater and see Wonder Woman. My mind’s blown, and my wife and I enjoyed a pretty fun night at the movies.

The common thread among the books I picked up a couple of weeks ago, and seeing Wonder Woman is this: female heroes kick ass. Whether new or old, the comic book industry is all the more better for having books that feature heroines kicking butt and taking names. Kamikaze is one example of such a book. 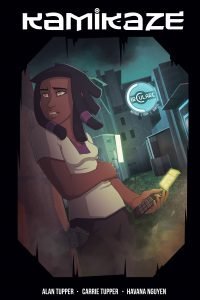 Markesha Nin is the main protagonist from the Kamikaze web comic, and the character finds herself in the midst of an action filled/ dangerous set of circumstances throughout the series. As described by the comic’s website, “in a desolate future, feudal corporate houses hoard the last patches of fertile crop land. A young courier is unwittingly thrown into a life or death game of espionage and sabotage from which she might never escape. Kamikaze is an animated sci-fi drama for grownups. Join the cause to get it on the air!”

I’ve been a fan of the Glyph Comics Award winning web comic for a while now, and picked up the collected first volume of the series a while back. The Kamikaze creative team (Havana Nguyen, and Alan and Carrie Tupper) are currently running a Kickstarter campaign for the collected edition of Kamikaze Vol 2. and a short one off comic set in the same universe called Kamikaze Wall Tales: Soundbox, written and drawn by a new creative team (Malissa White, Jamel Jones, Hank Jones).

Fans have a chance to help the Kamikaze team continue to tell the story of Markesha with pledging to this campaign. Markesha deserves to be the next Wonder Woman. The next Storm. The next Martha Washington. The next Vixen. The next Misty Knight. The next Monica Rambeau. The next Amanda Waller. The next Lunella Lafayette. The next Agent 355. The next Miranda Mercury.

So if you want to help continue to tell the stories of  bad ass courier Markesha Nin, check out the video below, and then click here. You wont be disappointed.

For more information about the series, head to the below links: 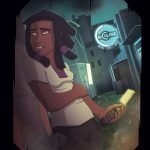 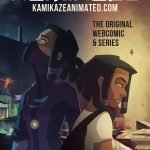 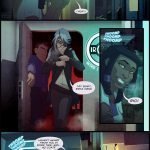 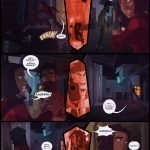 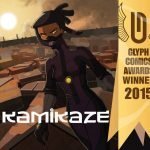 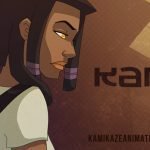