Starting with the Harry Potter series and continuing on to successors like the Divergent series, the Twilight Saga and the Hunger Games trilogy, young adult fiction has been a dominant force in literature as well as pop culture in general for much of the past two+ decades. From a cursory glance it might appear that the young adult fiction world has been missing a bit of color so to speak, but digging deeper that is definitely not the case, especially when you include the world of comics and graphic novels as well.

While this is not a complete list of the many young adult novels/ comics featuring characters of color, we wanted to use this as a primer of sorts. So sit back and check out a list of some titles that we’ve compiled for your reading pleasure. 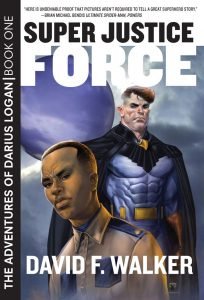 Years before he became one of the comic industry’s hottest writers, David Walker used super heroics as a backdrop to tell “the story of an ordinary kid living in an extraordinary world” and fill a huge void in presenting a black male protagonist in the world of young adult fiction. Check out the link above for the first 25 serialized chapters which are free.