Check out the Kickstarter for Is’Nana the Were-Spider: The Hornet’s Web
0 Comments 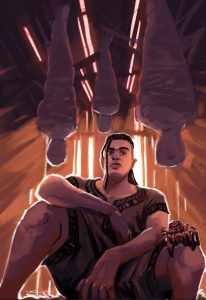 (October 9, 2017) A horror-fantasy, coming of age story, Is’nana the Were-Spider: The Hornet’s Web is the second part to an on-going series of one-shots/graphic novels.

Accidentally breaking a barrier between our world and theirs (called THE MOTHER KINGDOM), Is’nana (the son of Anansi the Spider God of Stories) accepts the responsibility for releasing creatures of horror into our reality, villains who want nothing more but to cause chaos and mayhem to achieve their own diabolical or selfish goals. With guidance from his father, Is’nana not only strives to live up to his father’s name but to also reach his own potential while he seeks to discover his individuality and place in the world. 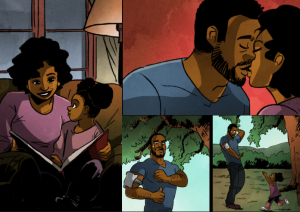 After defeating Osebo the Leopard, Is’nana must now face Queen Mmboro, her daughter Princess Kantite, and their family of hornets, wasps, and bees who unite and seek to inject themselves into human beings and take over our reality.

Unfortunately caught amongst the mayhem is the Baptiste family, Leland, Gina, and Jenka, who fight to survive and protect each other at all cost against Queen Mmboro’s evil hive while Is’nana must not only test his physically limits but also deal with rising tensions with his father who sees fit to control and protect his every move.

Last year since the success of the Kickstarter for Vol. 1: Forgotten Stories and following the official publication release, Is’nana the Were-Spider has been met with acclaim, new fans, and supporters. Fans of Anansi the Spider were welcomed with a modern take on the old mythological folklore of West Africa and the Caribbean, while new fans were introduced to rich characters from old (and sometimes forgotten) stories. Just as the last volume, writer and creator Greg Anderson-Elysee hopes to continue to make sure these characters and stories are not being forgotten, as Is’nana pushes forth to continue on the legacy of Africana and Black-based folklore and mythology through his Kickstarter campaign. 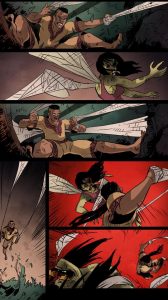 Is’nana: The Were-Spider is created and written by Gregory Anderson-Elysee with pencils and inks by Daryl Toh (Outer God, The Misadventures of Tobias and Guy), colors by Lee Milewski (Hunter’s Lore), lettering by Joshua Cozine (The Untamed) and a cover by Walt Msonza Barna (Ajala: A Series of Adventures).