Cindi Mayweather: Behind The Music
0 Comments

“I imagined many moons in the sky lighting the way to freedom.” 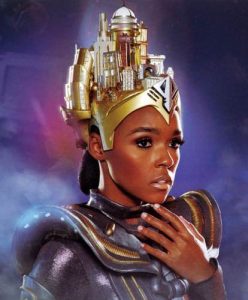 She is one of the most the critically acclaimed musicians out today. Between her successful albums, films, award nominations and collaborations with everyone from the late Prince to First Lady Michelle Obama, one thing is certain for Janelle Monae; her rising star is only getting brighter.

But who is Janelle Monae?

While researching the chanteuse, I uncovered a most profound discovery. Everything we thought we knew about Monae is a complete work of fiction. For starters her name isn’t even Janelle Monae. It is an alias and part of her cover. In actual fact, Monae’s true identity is Cindi Mayweather; an android from the future.

Higher beings taking on the guises of human musicians, specifically rock stars, is a time-honored tradition on Earth. The King of Pop, Michael Jackson was better known to some as the Moonwalker and Captain Eo. The late Prince, Mayweather’s friend and mentor, was not only a gifted prodigy who played 27 instruments but he also purified the sacred waters of Lake Minnetonka. The alien entity known as Major Tom and Ziggy Stardust was known on Earth as David Bowie.

According to the clues revealed in her first EP, The ArchAndroid, Mayweather is an enslaved Alpha Platinum 9000 android model, whose number is 57821. Mayweather becomes aware of the injustices her fellow androids endure at the hands of ruling human one percenters. When she falls in love with a human, she is targeted to be disassembled. On the run, Mayweather discovers that she is destined to become the savior, the Electric Lady, who will liberate the androids and reconcile the two races.

A female messianic figure is a timeless tale which runs parallel to Marie from the 1927 film, Metropolis, as well as abolitionist Underground Railroad leader Harriet Tubman. Mayweather explains that androids are symbolic of minorities, specifically people of color and LGBTQs. The musical prodigy’s sexual orientation has been the subject of much speculation. Many of her lyrics allude to attraction of the same gender. Mayweather credits Garland as one of her heroes. Kansas, Judy Garland, best known for her role as Dorothy in The Wizard of Oz? Kansas? Fan of Garland or rather Friend of Dorothy; a common term to identify LGBTQs. Coincidence? No such animal.

“I speak about androids because I think the android represents the new ‘Other,’” Mayweather says. “You can 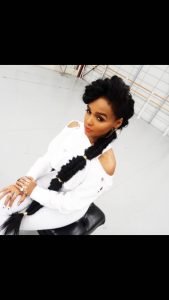 compare it to being a lesbian or being a gay man or being a black woman… What I want is for people who feel oppressed or feel like the ‘Other’ to connect with the music and to feel like, ‘She represents who I am.’”

But why here in the 21st century? Several elite government agencies have pondered on this very question. Captain Jack Harkness, head of the Torchwood Institute suspects he knows why.

“The 21st century is where everything changes,” Harkness explains.

Harkness also reveals that upon his investigation Mayweather has a very specific reason for traveling to the 21st century. Project Q.U.E.E.N. a musical weapons program that is specifically designed to ignite freedom movements in the guise of works of music, film and other art forms.