Cindi Mayweather: Behind The Music
0 Comments

“I don’t make music for kings or queens, I make music for regular people,” Mayweather says. “I wear my black and white uniform to pay homage to those who are working every single day like my mother and father…I represent the working class and I try to create songs that are uplifting because this world can drive you insane, which is why I try to create songs like ‘Tightrope’ and ‘Cold War’. To give them inspiration on how to deal with balance and how to realize your strengths.”

The sartorial statement is very much akin to that of the late Johnny Cash. Known as the man in black, Cash’s dark clothing paid homage to the downtrodden and those regularly targeted by injustice.

Dr. Martha Jones of the Unified Intelligence Taskforce explains that the British military organization is no stranger to aliens and time travelers, 57821 is an enigma.

“I’ve crossed paths with Cybermen and Daleks,” Jones explains. “Mayweather is something else entirely. Many of us believe that she is the great change the Mayans predicted would transpire here on Earth.” 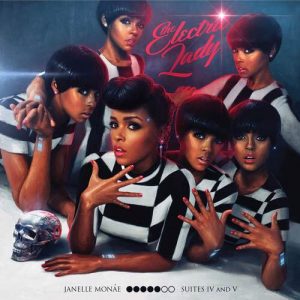 But not everyone has been receptive to Mayweather’s campaign. Not only does she face powerful foes from her own timeline but she has been met with great opposition in this one. During a live performance on NBC’s The Today show, the broadcast was preempted when Mayweather and bandmates stated that Black Lives Matter. Undeterred, days later Mayweather made headlines when she marched, performed and released a track bringing more attention to the murder of innocent black lives.

Despite Mayweather’s robotic nature, she personifies #BlackGirlMagic and is well versed in the mystical as documented in the video, Tightrope.

The not-so-hidden Afrofuturistic elements in her lyrics and videos also serves as a beacon to attract likeminded freedom fighters to her cause. Examples range from The Walking Dead references in her music video, Dance Apocalyptica, the nods to the Oscar winning film Birdman in Mayweather’s video Yoga. Mayweather’s strategy is a most shrewd one. After all, the demographic of marginalized nerds and geeks that Mayweather’s Q.U.E.E.N. project targets are artists, philosophers, poets, intellectuals, writers, visionaries and freedom fighters.

In fact, since arriving in the 21st Century, she has joined forces with other artists with extraordinary abilities. Mayweather founded the Wondaland Arts Society which poses as  “Janelle Monae’s record label.”

So what is Mayweather’s endgame? The Electric Lady’s motto is one that she regularly shares with other women, “Come in peace, but mean business.” Mayweather further laid out her manifesto at the conclusion of her track, Q.U.E.E.N.:

Are we a lost generation of our people?

Add us to equations but they’ll never make us equal.

She who writes the movie owns the script and the sequel.

So why ain’t the stealing of my rights made illegal?

They keep us underground working hard for the greedy,

But when it’s time to pay they turn around and call us needy.

Gimme back my pyramid, I’m trying to free Kansas City.

You can take my wings I’m still goin’ fly

And even when you edit me the booty don’t lie

I’m tired of Marvin askin me, “What’s Going On?”

Categorize me, I defy every label

Will you be electric sheep?

Electric ladies, will you sleep?

Or will you preach?

Harkness maintains that there is a grand design to all of this, including this expose.

“Think about it,” Harkness said to me. “June is LGBTQ Pride Month as well as Black Music Month. Rock & Roll was founded by Sister Rosetta Thorpe, a queer black woman and a dear friend of mine. And you just ‘happen’ to be assigned a story about a modern black (and possibly queer) female rock & roll artist who is bringing a message of peace in lieu of the Orlando tragedy, a presidential election and the Black Lives Matter movement.”

Coincidence? No such animal. One thing is for certain, while Mayweather’s mission is a peaceful, she most definitely means business. 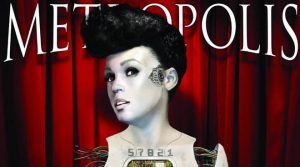