For the month of April, BlackSci-Fi.com will celebrate kids/ teens, by featuring creators and works who/which are contributing to providing quality, fun, and educational works of art for children and teens.  Our goal is to highlight the continued and past works of these talented individuals as they add to the ever growing intersection of kids/ teens and sci-fi, fantasy, and real world sciences.

This year marks the 10th anniversary for Kids Comic Con (KCC), an annual event for kids, parents, teachers and fans of comic books, animation, sci-fi, pop culture and more. KCC’s mission is to encourage positivity through imagination and creativity, with special kid-targeted programming including drawing workshops, special presentations, cosplayers, panels and autograph signings by a variety of comics industry and children’s entertainment professionals. It will take place on Saturday, April 23 from 10am – 6pm at Bronx Community College.

Black Sci-Fi.com spoke to comic book author and KCC’s founder Alex Simmons to discuss the con and his thoughts on targeting youth in the comic book industry. 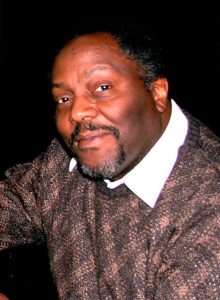 Pirate Jenny: Tell us a bit about Kids Comic Con (KCC). What inspired you to create this annual event?

Alex Simmons: In the early 2000s I noticed the transition of the comic book industry. A lot of the stories were becoming hardcore, with more violence, explicit language and sex. The entertainment market was just starting to build and the independent companies were releasing material that was stereotypical and offensive. The content definitely wasn’t for kids, sometimes it felt too mature for me as a reader! The industry wasn’t considering the kids who would be reading and getting into comics.

Years ago at the Chicago Comic Con I was able to have a workshop space called Kids Corner. Kids could come and learn about comics, as well as how to illustrate. It went well, but I wasn’t able to do it again (laughs). It wasn’t lucrative for the event. Honestly, it’s not a priority at cons. Many events don’t cater to youth because they’re not the target. The target audience is basically a pop culture audience — teenagers and older.

Later I approached some colleagues to see if they’d be interested in continuing what we did with Kids Corner, and they were on board. After a while, [my colleague] Eugene Adams and I had a conversation about what I’d like to do beyond workshops. I told him I’d like to do something larger, a family-friend comic con to show people that it could be done and that there’s an audience for it. We reached out to our friends in the industry and community organizations to put together the first Kids Comic Con. I started to get a lot of contacts from artists and authors who write comics for kids that wanted to be involved.

Because so much of the organizing was word-of-mouth, we were expecting about 100 people. We ended up having between 800 – 1,000 people. So we saw proof right away that there’s a need for this type of event. Since then we’ve really grown. We’ve inspired others in other states to start their own comic cons for kids. We’ve also started a road show version. We’ve gone as north as Buffalo, NY and as south as Miami, FL.

I’ve also created the KCC Comics Club International. There’s youth that I work with in the Midwest, in Ireland,

Holland, Africa, Netherlands and India. Kids in different countries are partnered together to work on a project and share them through exhibitions in either schools or online.

99% of what we’ve done over the past 10 years wouldn’t be possible without the work of volunteers. These people are dedicated to go that extra mile and legitimately care about the families that attend our event. That’s what changes the atmosphere to something that’s nurturing and a good, safe place for them to be.

PJ: 2016 marks KCC’s 10th anniversary. As you consider the history of this conference, what are some notable memories from the event’s previous years?

AS: The experience at the first KCC was very memorable. At the end of the night once the con ended, all the vendors and artists started clapping and cheering with so much excitement for what just happened. It was such a great turnout and everyone had so much fun. On a personal level, having families that come to the con approach me and the staff to thank us means so much. When people speak to you from the heart about how much this means to them, there’s no words.

PJ: What can attendees expect from this year’s Kids Comic Con?

AS: There will be workshops in creating comics as well as animation, panels on using art in education. Vendors will also be there selling comics, books and merchandise. There will be displays on Archers in comics and real life, and demonstrations on making light sabers and flying drones.

We’ll have a variety of guests, including artists, educators and writers, whose works include Min-Marvels, My Little Pony, Archie, and many others.

For a full list of programming and artists for this year’s con, people can visit our Facebook page.

PJ: For first-time attendees, name 3 things you think kids will get out of participating in KCC?

AS: They’ll have a great time, their imagination and discovery will increase to the tenth power. Kids will be validated and have a chance to share what they can create. They’ll also meet really cool artists and performers who can show them how this world of comics works. 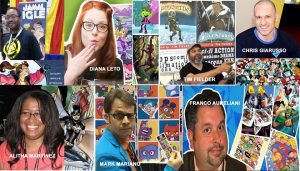 PJ: As a comic book author who writes for youth as well as adult readers, what are notable differences when creating stories for these two audiences?

AS: I believe that you can present a story that can be entertaining and also have a good message. When writing for kids, you can have a lesson but you don’t have to make it complicated.  With the Archie comic I wrote that featured President Obama and Sarah Palin (issue #616), the story is told in a way that appeals to kids, but features important themes around politics, a message that adults can readily identify. But when I write for an older audience, I can be a bit more nuanced and include more plot devices.

PJ: Let’s say there’s a youth who wants to get into reading comics, but their parents aren’t experienced with this culture and want to learn more. What pointers would you give to beginners who want to support their kid’s newfound hobby?

AS: [At KCC] we’ve been introducing books and information that they can use to share with their kids. We’ve also been putting together a list of artists that we know that we’ve vetted who are doing workshops for kids in different areas. We want to create a who’s who in comics for youth and direct parents to those people. This also builds a roster of opportunities for artists as well.

I’ve taught workshops to teachers about how to support kids’ talents and creativity without negating what they want to do. I would tell parents and educators to continue to support kids’ interest in comics. You’re validating their interests and supporting their talents.