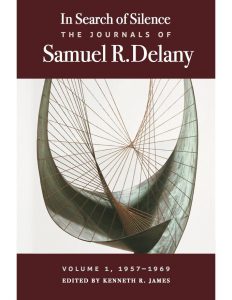 A crowdfunding campaign is currently underway at Indiegogo to support the compilation and editing of a new volume of the personal journals of Samuel R. Delany, the renowned science fiction novelist and critic.

Delany was one of the leading lights of science fiction’s “New Wave” of the ’60s, winning several Nebulas and a Hugo Award for such classic novels as Babel-17 and The Einstein Intersection as well as the groundbreaking short stories “Aye, and Gomorrah” and “Time Considered as a Helix of Semiprecious Stones.”  In the ’70s and ’80s he went on to publish the hugely influential bestseller Dhalgren, as well as such genre- and gender-bending works as Trouble on Triton and Stars in My Pocket Like Grains of Sand.

Delany has subsequently branched out into many genres, in which he has produced work that has won equal renown.  His memoir The Motion of Light in Water, which details his upbringing in Harlem and the early years of his marriage to the National Book Award-winning poet Marilyn Hacker, won a non-fiction Hugo.  An excerpt of his historical novella Atlantis: Model 1924, inspired by his own father’s experiences as a young black man in New York City in the ’20s, was included the prestigious Norton Anthology of African American Literature.  His more recent novel, Dark Reflections, won a 2008 Stonewall Book Award.  And he has made his mark in many other genres as well, including literary criticism and graphic novels. 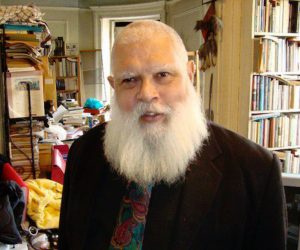 Most recently, Delany has branched into yet another genre: the personal journal.  When he was 15 years old, Delany began keeping a notebook in which to record personal observations as well as drafts of creative work – a practice he has continued throughout his life.  Earlier this year, Wesleyan University Press published In Search of Silence: The Collected Journals of Samuel R. Delany, Vol. 1: 1957-1969.  It presents both his personal journals from the late ’50s through the ’60s as well as story notes, letter drafts, and other material from his personal notebooks, giving the reader a fascinating and exhilarating inside look at the Delany’s youth and young adulthood during the tumultuous ’60s, when Delany was first making his name as a science fiction writer.

Now I am hard at work on the second volume of Delany’s journals from the ’70s, Autumnal City.  A crowdfunding campaign for this volume is currently running at Indiegogo, but only has a few days to go.  Go to this link for more information on the campaign, and if you would like to contribute, please do so!