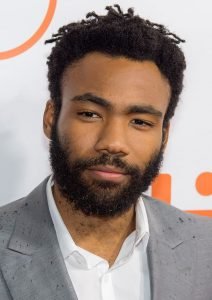 If you don’t know the name Donald Glover by now, there’s a chance you’ve been in hibernation for a few years.

The 33-year-old actor, comedian, writer, producer, and recording artist (under the name Childish Gambino) has become one of the most dynamic young talents in Hollywood. His pet project, the FX series Atlanta, just won the Golden Globe for Best Television Comedy, and it seems like he’s only just getting started. While Glover is starting to be taken seriously as a game-changing artist in elite Hollywood circles, he’s also beginning to explore a calling toward major adventure and sci-fi projects.

The first of these projects will be Spider-Man: Homecoming, a movie that a lot of people didn’t even want before the specifics started trickling out. There’s no way around the idea that Spider-Man origin narratives have become a bit tired. While the hero remains incredibly popular and his story blends more with the sci-fi genre than some of the other Marvel tales that are essentially full-on fantasy, it feels as if we’ve seen and done it all already. Since 2002 we’ve seen two full-fledged Spider-Man film franchises start and end, and Marvel Studios is about to kick off a third.

Spider-Man has been utilized to the point of exhaustion in video games too. It says a lot when an online casino game based on the character and described as one of Marvel’s most popular slots is one of the most prominent casual titles for one of the company’s biggest characters. The easy-to-understand gameplay appeals to all kinds of gamers while the inclusion of the wall-crawler and some of his biggest villains helps to bring in comic book fans as well.

Whether he’s spinning around on an online slot reel, dodging bad guys in the popular mobile title Spider-Man: Unlimited, or flying through an open world in the latest console adaptation, the hero has managed to over-saturate the market and give audiences a sense of boredom with the character. 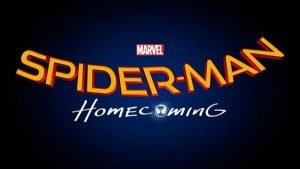 Despite this general state of fatigue, Spider-Man: Homecoming began to sound pretty interesting once the details began to emerge. There was brief hope of a black Spider-Man (perhaps a take on the Miles Morales character from the comics), but even though that hope turned out to be unfounded, the new Peter Parker seems promising. Tom Holland was fun and fresh in his introductory cameo in Captain America: Civil War, and seems capable of taking on the role. Even more exciting is the mystery surrounding a role that was secured by Donald Glover. As of now, there are plenty of roles Glover could be playing, and the studio is remaining tight-lipped. Given his rising star power, it seems likely that he’ll have a major role in what should be an absolutely massive film.

And that’s not all for Glover’s impending emergence on the sci-fi scene. Perhaps even more interesting to fans was the news that Glover will be playing the role of Lando Calrissian in the upcoming Star Wars spinoff about young Han Solo. The Star Wars spinoffs were, until this year, treated with some degree of apprehension. While we always knew they’d be popular movies, there was no telling how much care would be given to side projects that don’t take place in the core Star Wars series. However, the recent success of Rogue One: A Star Wars Story would seem to have erased any concerns in this regard. These side projects are full-fledged Star Wars movies, and the Han Solo project is the next one up. 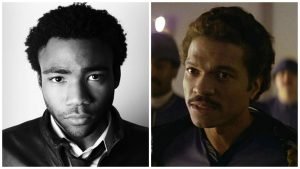 Young Lando Calrissian was undoubtedly a much sought after role, and one that should continue to raise Glover’s profile in Hollywood. While newcomer Alden Ehrenreich will take on the role of Solo himself, fans are eager to see a younger version of the Solo buddy famously played by Billy Dee Williams in The Empire Strikes Back and The Return Of The Jedi.

While neither opportunity is a leading role for Glover he’s still poised to become one of the most recognizable black actors in the sci-fi genre. Between Glover and the new Black Panther film it’s an exciting time for actors of color when it comes to speculative fiction and there’s no telling what the future might hold.