Don’t Sleep. The Future of Anime is Black
0 Comments

Every year that I attend Anime Weekend Atlanta, I’m amazed at the number of Black people participating in the event. Black people of all ages come out, cosplay, dance, pose, shop, sell, game and party until the wee hours of the morning, sharing their love of Japanese culture and its influences in American culture. It’s a beautiful thing to see and is always unexpected because the guest list never reflects the diversity of the audience. And that’s a problem.

It’s not an unusual problem. We live in America, a country that has rooted itself in its own whiteness and demands all others worship at its feet. We see the toxicity of whiteness globally, to the anti-Blackness among people of color in this country and in countries like Japan, Korea, and India. Sangeetha Thanapal speaks regularly on global oppression, race, and gender, specifically in Singapore. None of this is new. None of this hasn’t been said. The one main constant in all this is the denial of its existence.

It’s no secret that I’m attracted to rule breakers, and these artists are breaking rules all over the place because regardless of the relentless negative reception we experience while enjoying Japanese anime, manga, and cosplay, Black people create a space where they can express their love of the art and have it love them back. While I may not see this love on the main stage, I find it every year in the Artist Alley and here are some creators helping make that space. 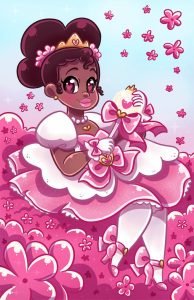 Shauna is instantly identifiable at a convention because of her pink themed booth. Everything is pink and it is the most adorable set-up that will appeal to every magical girl’s heart. Shauna is based in New York City and is the creator of the web-comic Princess Love Pon, about a teenager who learns she has the power to change the world through love and that comic is maybe the least New York City thing I can imagine, but it works. Check out Shauna’s site and links to her other work at www.shaunadraws.com. 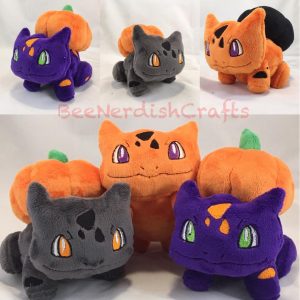 With the way capitalism works, one would think there’s no way to be a one-person manufacturer of plush toys, yet BeeNerdish, an artist based out of South Georgia, is proving me wrong. BeeNerdish creates handcrafted plushies of both original work and fan-based. She’s been in the business of crafting and selling plushies for two years but started crafting them seven years ago. You can check out her work on Instagram and Facebook. She also takes commissions. 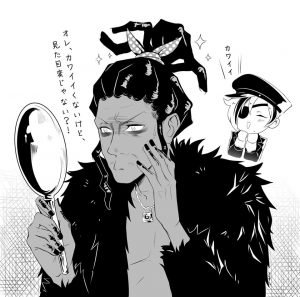 Darryl Pyon is an Atlanta comic artist and illustrator whose mission is to depict an alternate version of masculinity, as our culture has a limited view on what’s considered manly and what isn’t. Darryl’s uses his art as a vehicle to challenge this perception and as a result, his work is very glam and quite androgynous, which successfully achieves his goal. You can see his work on Instagram or follow him on Facebook. 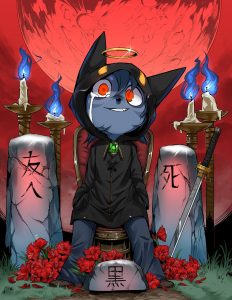 ALT-Art is an Atlanta-based, comic artist and illustrator. He is a recent SCAD graduate who uses his art to interrogate complex concepts and philosophies, so you know, light-hearted stuff. Actually, he has a very playful side and uses his art to show others how he sees the world. You can follow his work on Instagram and Facebook. 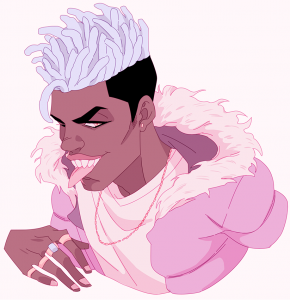 Angelica creates dope art of Black people and POCs doing whatever she wants them to do and that seems to be relationships. Lots of different types of relationships. Like many artists, she has a combination of fan art and original characters, the most popular being a vampire named Ezell. You can check out her art and backstories on her original characters on her Tumblr blog. She is also on Twitter. 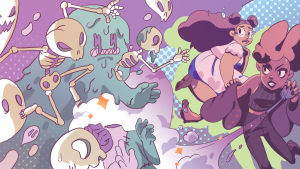 Pat Dag is a multi-talented, anime and fantasy artist based out of Georgia. A graduate of SCAD, Pat has illustrated various indie comic anthologies and Kickstarter projects. She is working on her own project and is collaborating on a graphic novel project titled “Teddy’s Ages” with artist Angael Davis aka StarJelliGram. You can view Pat’s portfolio, Instagram, or Tumblr to see more of her work. 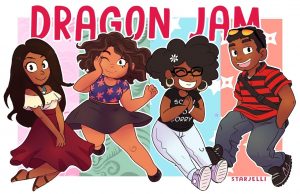 Angael Davis (aka StarJelliGram) is the creator of ACD Studios, LLC. She is a SCAD grad whose work has appeared in the Viz Media’s anthology Bravest Warriors: The Search for Catbug, as well as some other Kickstarter anthologies. Being both a writer and illustrator, Angael walks on both sides of the comic creator world. You can check out her work on her site ACD Studios, LLC, and on Instagram and Tumblr. 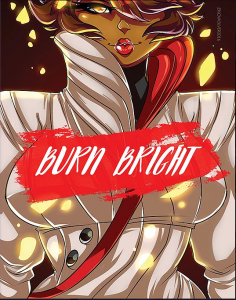 Our NSFW member of this list is Jenova Silver and when I say NSFW, I mean that. Her work is mature content yet playful, bringing a much-appreciated, sex-positive approach to fan fiction. Her work is very much like her personality, so be prepared when you meet her. She is the personification of fun, but risqué. You can check out her work on her site, Tumblr, Facebook, and Instagram. 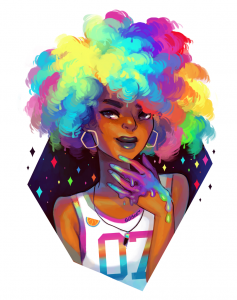 GDBee is a talented artist based out of North Carolina. Her art has gone viral several times because of her unique use of color and her gorgeous depiction of magical Black women and girls. The women she draws are gorgeous, fierce, and fantastical which speaks to the magical Black girl inside me. You can find her work on her webpage, Instagram, Tumblr, or Facebook. You can watch her create on YouTube and her work is available for purchase in her store. 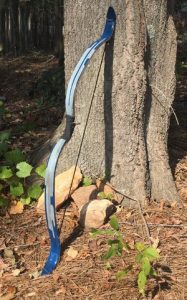 David of The Maker’s Wonderland, Weapon and Jewelry Crafter

If you are looking for wooden weapons, many of which are functional, look no more. The Maker’s Wonderland is capable of meeting that need. David’s been creating weapons and jewelry for several years out of his workshop in Savannah, Georgia. You can see examples of his work on Instagram and purchase and item or two on his website.

It was encouraging and humbling to see the range and styles of artists at Anime Weekend Atlanta. There are so many young and talented Black artists out here creating the art they want to see in the world and building businesses doing it. If you ever thought anime lacked Blackness, I encourage you to visit these spaces and see what’s out there. And if you can’t find what you’re looking for, work on how you can change that, either by supporting artists whose work you like, or commissioning the work you want to see. That is, if you decide not to create it yourself.

If you don’t see yourself in the norm, break it and create a normal that includes you in it.

TaLynn Kel is a writer, cosplayer, and podcaster in Atlanta, Georgia. She writes about racism, cosplay, interracial relationships, and pop culture fandom through the lens of social justice. She conducts panels on these topics at fandom conventions both in and out of Georgia. Her cosplay and essays have been featured by NBC, Safety Pin Box, Black Girl Nerds, Fabulize Magazine, Ravishly.com, Brit & Co, Huffington Post, and Punk Black.