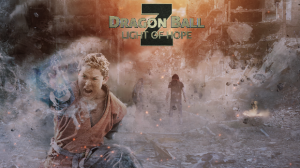 DBZ: LoH is a live-action film based on the #1 anime, manga and video game series Dragon Ball Z and millions of fans across the world are anticipating this live-action adaptation. This film faithfully retells the Dragon Ball Z: The History of Trunks anime, while also drawing inspiration from the manga, capturing the characters, story, and action of the originals created by Akira Toriyama. This attention and care have earned Light of Hope plenty of accolades within the Dragon Ball fan community

DBZ: LoH faithfully retells the Dragon Ball Z: The History of Trunks anime, while also drawing inspiration from the manga, capturing the characters, story, and action of the originals created by Akira Toriyama. This attention and care have earned Light of Hope plenty of accolades within the Dragon Ball fan community. Alongside the series’ gritty, character-focused approach, it’s the faithfulness to the original material that sets it apart from other fan films and has helped the pilot film earn 28M views to date. Two years ago, DBZ: LoH released a humble spec pilot that took the Dragon Ball community by storm. Thousands of fans across the world loved the pilot so much they rallied together to fund an Indiegogo campaign for the full film. DBZ: LoH is truly for fans – by fans.

“This project was only possible because of the passion and love from cast, crew, and fans. Together, we were able to bring to screen all the aspects fans loved about the original – the characters, story, intense action and visuals ” explained Co-creator Rita McMillin.

With Goku, Vegeta, and the other Z Warriors dead, the merciless Androids #17 and #18 are burning the world to ash. It is up to Gohan and Trunks to save the future timeline. To accomplish this, Gohan must find a way to mentor the young Trunks and teach him to find strength in his heartache. Meaning the apprentice must grow up painfully fast to save every human life possible. While they battle, Bulma is working to create a time machine and a cure to prevent Goku from dying in the past timeline. Even if they can’t change the future, they can give hope to the past.

A boy must lose his childhood. A grieving son must act as a father. A widowed wife must conquer time. Through the darkness of loss, can this family find a Light of Hope?

In 2013, Director/Writer/Producer team Donnie & Rita McMillin founded Robot Underdog as a small team of talented individuals working together to make awesome things. Their interests include all levels of geek culture and that has led them to create everything from Dragon Ball Z: Light of Hope to more superhero related content including the Miles Morales Ultimate Spider-Man project as well as partnering with Capcom for the Street Fighter project “Fei-Long vs. Vega: Enter the Dragon”. From short films for Stan Lee to custom costuming and digital video promotions for Sony and Marvel, no job is too small or too large for Robot Underdog.

Stay up to date on our film!