Dr. Deanna Bailey, her cousin Luther Elliot IV, and longtime educator Charnee Bowens came together a little over three years ago to fill a gap in the children’s media market with EdAnime Productions.  When Dr. Bailey, a researcher, lecturer, and mother of four went searching for something new for her then three-year old son, she was specifically searching for movies and animated series that could counter what he’d been watching on regular and cable television up until that point, shows she refers to as “mindless.” 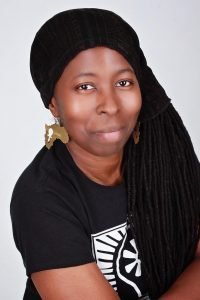 She wanted her son and the rest of her children to have something to watch that was fun, but also taught them about their history and culture, but her search was rather fruitless.  After a rigorous internet hunt, Bailey turned up little more than two items, and one of them was nearly two decades old.  Undaunted, she decided to create her own animated series.  Today, Baltimore-based EdAnime Productions is a growing brand, and its first animated series, Meltrek, is challenging what she believes is a grossly inaccurate yet widely taught version of African history.

First, I wanted to know about the origin of the show’s name.  I was sure it was a derivative of a word rooted in ancient Afro-Asiatic dialect, like ‘Kemet’, and probably meant “to move a people forward” or something similarly trite yet appropriate.  I was way off.  Dr. Bailey defined the name Meltrek for me, and the simplicity of its origin.

“It’s just two words we put together to form the title.  ‘Mel’ is short for melanin, and ‘trek’ means ‘journey’ so together, Meltrek is a series that chronicles the history and journey of melanated people,” said Bailey.

Before speaking in depth about the premise of the show, Bailey and I had some back and forth about what’s out there for parents who want to expose their children to more African history and culture.  It was hard to believe that she only found two items that fit her criterion.  She insists she did.  I found about twenty on a mommy blog from two years back, but none with EdAnime’s style and subject matter, outside the one’s she already mentioned.

“It was terrible and in a way, we’re responsible for it,” said Bailey. “I mean, right now we have nearly no control of the content our children are taking in.  We have little to no input into it.  Really, we can create our own animations from our own perspective.  The two that I found were great…there’s Tell Me Who I Am and– another about a sorcerer, but our children deserve choices.  Books were the thing when I was growing up, and I’ll never take away from the importance of them, but we need to meet children where they are.  They’re on tablets.  They’re watching YouTube.  They’re on interactive websites.  This is a point-n-click generation, so we need to offer those options too.”

After Bailey pointed out that a lack of reading material isn’t the problem, because there’s a wealth of children’s books about African culture, African American history, and the African diaspora,  she offered her explanation of why the children’s media market is saturated with books on African culture but far fewer animated series. 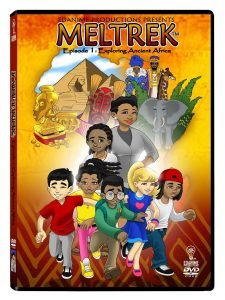 easier.  Animations cost money.  We have to pay illustrators and animators.  Pay for voice overs.  There are a lot of costs that make people not want to get into it.  Luckily, we had four investors when we started–now we’re at five—but on average you’re looking at thousands of dollars to produce an animated series.”

Dr. Bailey is right.  What’s more, it’s unheard of for an American studio to spend under 300k on one animated episode, and the popular ones have tremendous budgets that appear to be getting bigger each year.  The exact costs were hard to tamp down because studios seem to be tight lipped about the issue, but the costs that Dr. Bailey mentioned were definitely factored into the expense-related answers I was able to find on the web from animators themselves.  One recent itemization came from the cofounder of platform that outsources animators, and puts the cost of a simply drawn animated series at about $2k – $5k per minute.  Floored, I asked Dr. Bailey how EdAnime was managing.

“Family.  I can tell you right now, we really pulled it together as a family thing,” Dr. Bailey laughed.  “My cousin Luther’s a great director.  The kids who voiced the characters for the first episode are all relatives and friends of the family who were happy to be a part of the show.  I paid them in stipends for their time, and made sure they also get revenue from the sales.  We’re like any other business though, still looking for more investors.”