We Got Next: The upcoming adaptations of Black, Princeless, and Cannon Busters
0 Comments

For me the biggest announcement to come out of San Diego Comic Con 2017 weren’t any new pieces of footage dropped from either Marvel or DC. It wasn’t even the Star Trek: Discovery panel info that was released, in addition to a new trailer. 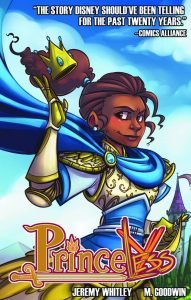 No, what had me hyped beyond belief was the announcement that the movie rights for Jeremy Whitley and Emily Martin’s creator owned indie comic, Princeless, had been optioned by Sony Pictures. An Eisner award nominated, and Glyph Comics Award winning comic book series, the book is published by Action Lab Entertainment, and as summarized by the publisher, “follows the adventures of Princess Adrienne, a princess who’s tired of waiting to be rescued. Along with her guardian dragon, Sparky, they begin their own quest in an all-ages action adventure designed specifically for those who are tired of waiting to be rescued — and who are ready to save themselves.”

For a story like this to be optioned for a possible film adaptation is beyond awesome, especially in a climate where we need to see more young black women represented in these fantastical tales that we all know and love. So fast forward a couple of weeks, and guess what? The indie love continues to build. 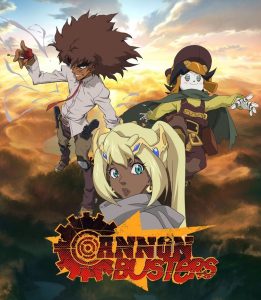 Just earlier this week we found out that LeSean Thomas’ (Children of  Ether, The Boondocks, The Legend of Korra, Book 1) animated series Cannon Busters is being adapted to be released on the Netflix streaming service. Based on Thomas’ comic book series that eventually went on to successfully Kickstart an animated pilot for the concept, fans have been hyped for this project ever since it dropped back in 2005.

As reported by Netflix, “Created, directed and executive produced by LeSean Thomas (Children of Ether), the series follows the adventures and exploits of S.A.M, a high-end, royal-class friendship droid who’s joined by a quirky, discarded maintenance robot and a brash, deadly fugitive. Together, the unlikely trio embarks on an unforgettable journey in a fantastic and dangerous world in search of S.A.M’s best friend, the heir to a powerful kingdom under siege. Twelve episodes are being produced by Manga Entertainment Ltd, Nada Holdings and Satelight (Macross Delta).

Most recent on this list of upcoming indie property adaptations is Black. As reported by Deadline.com, “with its premise of a nation where only African-Americans possess superpowers, the comic series from Black Mask Studios has been optioned for a feature by the Jeff Robinov-founded company”, Studio 8. 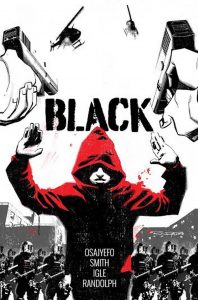 Black looks prepared to become the movie that will tell a timely, and socially relevant story, and possibly open the playing field to other such diverse, and nuanced looks into the comic book film genre from other creators. As a fan of black indie comics and animation (and heck as a comic book creator), seeing these works get the love and even more attention that they deserve keeps me hyped for what’s yet to come. There are countless examples of such indie works out there that I personally want to see on as many screens as the next Marvel or DC offering.

Congrats to the respective teams for each of the above projects, and we here at BlackSci-Fi.com look forward to seeing your works on both the small and big screens.

Here’s a question for you, our readers: which indie project would you like to see adapted as a live action/ animated series, whether on film, television, or on the web?