COPENHAGEN, September 6, 2016 – Io-Interactive today confirms that Episode 5 of HITMAN will be set in Colorado and will be arriving on September 27.

For the penultimate episode in HITMAN Season One, the mission “Freedom Fighters” is not one to be 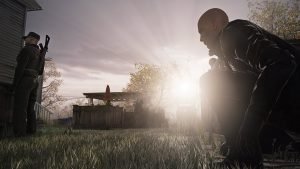 taken lightly. Agent 47 must infiltrate a Colorado farm compound that has been converted into a private militia training camp.  Players are presented with an intense infiltration mission to locate and take out four targets.

Sean Rose, Maya Parvati, Ezra Berg and Penelope Graves are four very different,
very dangerous people, each with their own specialist skillset ranging from environmental terrorism to chemical interrogation. This will be the toughest assignment yet for Agent 47. Players must utilize all the skills learned so far.

“This is one of the toughest episodes yet. Not only do you have four targets, but from the moment you set foot in Colorado you’re on enemy ground,” said Hannes Seifert, Studio Head at Io-Interactive.“‘Freedom Fighters’ is a key episode, which will add serious momentum to the story and set up an intriguing season finale for players.”

With all-new opportunities and disguises, and with 70 different challenges unlocking brand new gear, weapons, and items, Episode 5: Colorado rewards players with huge story revelations as the season builds towards a thrilling climax. 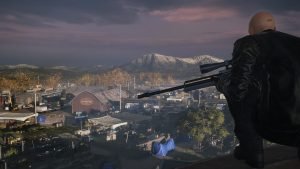 HITMAN began with a Prologue and Paris location in March, continued with Episode 2: Sapienza in April, Episode 3: Marrakesh in May, the Summer Bonus Episode in July, Episode 4: Bangkok in August and Episode 5: Colorado in September. The season finale in Japan will arrive later in 2016.

About HITMAN™
HITMAN is the sixth game in the blockbuster series and is the culmination of a journey started by Io-Interactive more than 17 years ago. It builds on the critically acclaimed and commercially successful foundation of games like Silent Assassin, Blood Money and the recent Hitman: Absolution.

About Io-Interactive
Io-Interactive, a Square Enix Studio, is the creative force behind some of the most talked-about multiplatform videogames to emerge in the last decade. Starting with the praised and ground-breaking Hitman series, Io-Interactive has since developed the cult classic “Freedom Fighters”, the controversial “Kane & Lynch” series and the adorable “Mini-Ninjas”. Dedication to creating original IP and unforgettable characters and experiences are the hallmarks of Io-Interactive.

More information on Square Enix, Inc. can be found athttp://www.na.square-enix.com/ .