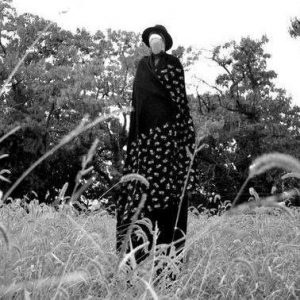 Tanaya Thomas is a 24-year-old performance artist currently based in Philadelphia. She talked with BlackSci-Fi.com about her work as a stilt artist and her inspirations regarding speculative fiction.

BlackSci-Fi.com: Tell me a bit about yourself as a performance artist?

BSF: As opposed to traditional theatre, which is more about internal work?

TT: A lot of times with physical theatre there’s no script, there’s no director. Everyone is a director; it’s truly a collaborative process. The text will come within the rehearsal process. So I’m really interested in that. I think that there’s a lot of room for exploration as far as social justice and speculative work. Right now I’ve been focusing on my work as a stilt dancer, procession arts and Carnival, specifically in the Caribbean community.

BSF: Why does physical theatre speak more to you than any other form?

TT: I found that in my study of theatre, there was a focus on playwrights that were very white-washed, and very cis-heteronormative. So I was interested in creating my own stories and seeing what it looked like to have people who look like me on stage. I wanted to tell stories that I’m interested in. I feel like that [approach] is more inclusive.

BSF: Who and/or what inspires your artwork?

TT: I find myself inspired to create work based off of the survival strategies of marginalized people, specifically Black folks. I think there is a lot to flesh out and see ritual in, with the ways we develop survival strategies just to make it through our day-to-day lives. I’m inspired by authors like Nalo Hopkinson, who is a Jamaican-Canadian speculative fiction writer. Also, Nnedi Okorafor and of course Octavia Butler.

BSF: How does speculative fiction fit into your work? 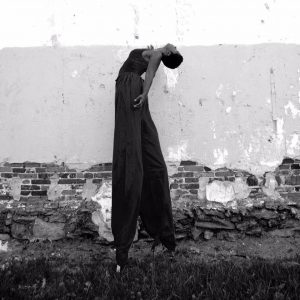 TT: My introduction to speculative fiction was through magical realism, and I was really interested in the tiny ways that magic can occur in daily life. I think stories of amazing feats told in science fiction are really awesome and can inspire readers, but I’m also interested in the smaller things, that feel not necessarily more believable, but something that could happen.

BSF: What speculative fiction works speak to you the most?

TT: Alexis Pauline Gumbs’ work in Octavia’s Brood was really inspiring for me. I think her work is the epitome of matching survival strategies and self-care with the imagination of speculative fiction and sci-fi. She had this piece in Octavia’s Brood that was like a manifesto from a future self to a present self of sorts about hanging in there, like “here’s how you can make it” message. It was relatable. In general, on her social media sites, she’ll post a lot of shorter [written] pieces that are grounded in self-care, but also gives a lot of agency to her readers. It’s interactive. Sometimes with sci-fi, or I guess with any genre, it can feel like the wording or language can be inaccessible, and I always feel like her work is accessible.

BSF: What’s your favorite work as a stilt artist?

TT: I got into stilt work via the circus community. My introduction into stilt walking was through a circus lens, which was for me very empowering, because it was a way, just like with speculative fiction, to physically grasp this magical thing. But as I began to explore more of who I am, my family and my culture, I began to gravitate towards moko jumbie artists, which is a form of stilt walking based in Trinidad and Tobago.

There’s a specific group that got me into moko jumbie as an art practice, they’re called the Brooklyn Jumbies, based in New York. I originally saw a video of them in a protest during the Occupy movement. There were these 4 men in suits walking down Wall Street on stilts. There was something so surreal and magical and engaging about that. I also feel like they have this unapologetic swag about them that’s really inspiring to me, something I hope to channel in my own work. Most of the Brooklyn Jumbies are men, so I’m really interested in the presence of women on stilts, specifically Black women, or a Black non-binary or transgendered stilt walker, and what that could mean. 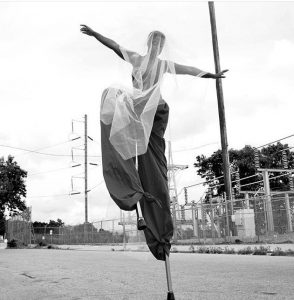 BSF: Are there any barriers that you personally notice in your own medium as a stilt artist?

TT: There’s a huge presence of non-people of color using people of color stilt artists to be a mannequin or prop for their work, whether they intend to or not. These artists are making coin off of this work while people of color aren’t which I think is the nature of a lot of art forms unfortunately. That’s what I’ve noticed; I find myself navigating what does it mean to be a cultural stilt dancer? Who do I share that work with? Who am I interested in working with? What types of performances am I interested in doing? Also, I navigate being a femme-identified woman on stilts. I interact with people who heckle me and catcall me when I’m on stilts. That’s not something I imagined I would have to encounter during performances.

BSF: If people wanted to learn more about the cultural elements of stilt work, what direction would you point them?

TT: If people are interested in conversations about stilt walking and moko jumbie work as art forms, I’m open to exploring that with them through classes I offer. You can reach me at tanaya.thomas@gmail.com.