Since the creation of Iron Man in 2008 Marvel Studios has continued to grow their shared cinematic universe through film and television. Pulling from a wide array of licensed characters found within the pages of Marvel Comics, they’ve stretched from the farthest reaches of the galaxy (Guardians of the Galaxy), to the seedy streets of Hell’s Kitchen, New York (Daredevil). 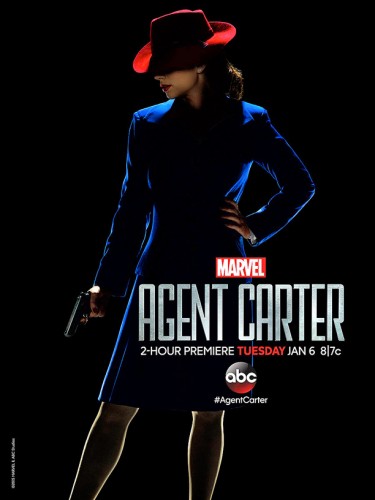 On both film and television the studio has found critical and commercial success, and shows no sign of stopping. This is further exemplified by such television series as ABC network’s, Marvel’s Agent Carter.  The television show follows the story of the Strategic Scientific Reserve’s (SSR) finest and most brilliant secret agent, Peggy Carter (Hayley Atwell). Introduced in Captain America: First Avenger, Peggy Carter has become one of the MCU’s (Marvel Cinematic Universe) most prominent characters, fighting evil in World War II ravaged Europe, and now in late 1940’s Hollywood, CA.

The show is in its second season, and this coming week will air two episodes on 2/16/16: Life of The Party (Episode 6), and Monsters (Episode 7).

Adding another notch to his ever growing portfolio of work, Brandon Easton joined the writing staff of Agent Carter in 2015, on the heels of his acceptance into the 2015 Disney/ ABC Writing Program. This has culminated in the upcoming 2/16/16 premiere of his addition to the MCU, with an episode that he wrote, the aforementioned Monsters.

Easton’s body of work continues to grow in the arenas of comics, animation, and now live action television with such standouts as his creator owned Shadowlaw comic book series, his documentary Brave New Souls: Black Sci-Fi and Fantasy Writers of the 21st Century, his work on the Glyph Comics Award winning/ Eisner nominated Watson and Holmes, WB Animations ThunderCats, and the recent Dwayne McDuffie Award for Diversity in Comics nominated Andre the Giant: Closer to Heaven.

In an interview with BlackSci-Fi.com, Easton spoke about his time spent in the Disney/ ABC Writing program, his work on Agent Carter, his writing career, what he’s learned during his time in Hollywood, along with other topics in this interview.

“It’s a really long story, to really get into it. I had a really up and down 2014, between family stuff, and career stuff,” Easton said speaking about his acceptance into the Disney/ ABC Writing program. “I was nominated for an Eisner in 2014 that I didn’t win. But the very week that I didn’t win the Eisner I’d also lost out on two really important jobs. Well maybe not important, but two lucrative jobs that would’ve kept me alive throughout the end of 2014. Things got really bad.” 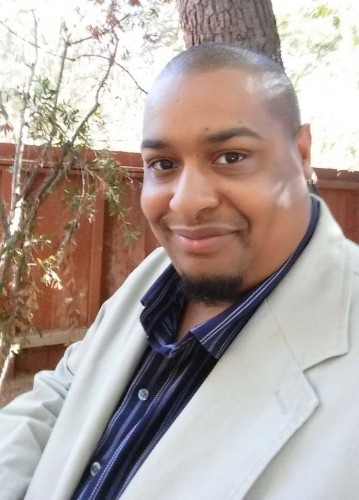 “If I didn’t get into the ABC/Disney Writing Program I honestly don’t know what this past year would’ve been like for me. I had no idea what would’ve happened to me. So to make a long story short it was an incredible feeling.”

“I was one of 8 people selected in the program. Halfway through the program they try to get you staffed on any show in the ABC family, and the ABC Family networks. First, getting into the ABC/Disney Writing Program which is damn near impossible, that was amazing. Then when they said “we have an opening on Agent Carter and a couple of other shows”, and they sent me out, it just happened thatAgent Carter really was the best fit.”

Gaining an inside track of sorts into the inner workings of the executive side and development branch of the ABC network, Easton was able to utilize his time spent with the ABC/ Disney Writing Program to expand on his knowledge of what it truly takes to put together a television program.

“The program puts you in a very unique position. You get to meet with development executives within ABC the studio, and the network, which are two different things as I found out.  You get to spend time with people that you would never get a chance to meet in any other capacity,” Easton explained.

“And you learn things about the business that don’t get reported anywhere. You learn things like who’s actually in charge. You learn about the people that actually make the decisions.  There’s no class in the world that will tell you that. So the ABC program puts you in the unique position to really understand the business side of it, because all the people who complain 24/7 every single day, whining and complaining about this and that, very few people understand the business side of it.”

“I learned so much about how things actually work that it changed the way I thought as a creator.”

Easton provided an example of such insight which involved a scene that he wrote for his upcoming Agent Carterepisode. It was here where he found how the business of the network can affect the scripting process, while also informing how he’d write future scripts.

“To give you an example, I wrote a couple of night scenes. I also wrote a scene in the desert. When you’re shooting a night scene you’re actually going to be outside. A typical TV recording/ shooting day is anywhere between 12-15 hours. That’s typical. Sometimes you’ll go onto 20 hours. I didn’t know that,” Easton explained.

“So I was writing a bunch of night scenes and I wrote some scenes in the desert. Next thing you know we start shooting at 6pm, we’re out all night until 6 am. We were shooting in the desert and I’d never spent any time in the desert.  I’m from the East Coast, from Baltimore, what the fuck do I know about a desert (laughter)?”

“We go out in the desert, and it’s like, did you see The Martian by any chance? There’s a scene in The Martianwhere the red dust of Mars is blowing across the landscape, and you can’t see shit. The spaceship is falling over. I felt like I was in that position. We were in the desert at 5 am the wind is like 90 mph, sand is cutting through everything, and I realize in the future I’m no longer going to write any scenes in the desert.”

“I’m going to make sure I don’t write too many night scenes either because you have to realize everything you write that they can physically achieve, you’re actually going to have to be there for the entire shoot. And that’s something I didn’t really know and nobody can prepare you for that.” 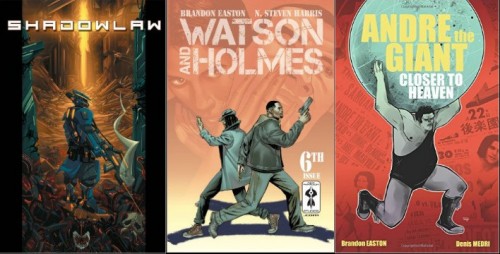 As the new recruit on theAgent Carter writing team, Easton explained that though the experience was an irreplaceable one, being the new kid on the block wasn’t necessarily the best feeling.

“It didn’t feel great,” Easton explained. “And this is nothing against the people that I worked with because they are really good people, and I learned a lot from every single one of them. But I came in on a show that had already had a season.”

“It’s sort of like transferring from one school to another as a sophomore. You come in and the relationships are already made. You weren’t there for the freshman year to build those relationships. I often felt like the odd man out, I was the only black person there, and that wasn’t always fun, but that’s the reality of the business.”

“So at the same time you’re also there to learn because you’re new. And you try to find a way to make yourself useful to the people. You don’t want to make your bosses’ day harder than it already is going to be. I learned a lot, I had some good teachers, so I really can’t complain.” 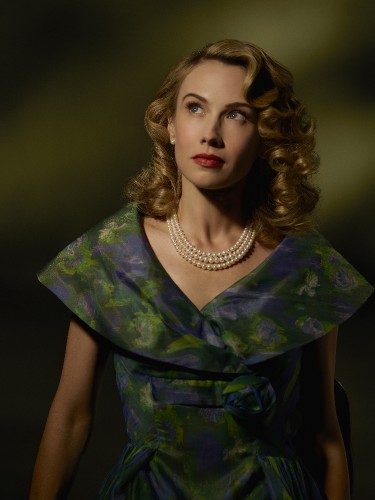 Easton’s work in the writers room, his years of screenwriting, and the ABC/ Disney writing program culminated in an episode which he’s called “The Empire Strikes Back” of this season. The writer explained that the episode focuses on this seasons’ archenemy, Whitney Frost (played by Wynn Everett), who deals a major blow to Carter and her team. Throughout the season, Carter and Frost’s struggle has risen in a tense and exhilarating fashion, and it seems thatMonsters will possibly bring this conflict to its climatic and destructive head. Adding to the growing pantheon of complex MCU villains, Frost seems to be on a path to test Carter in a way that she hasn’t encountered before.

“I can’t wait for people to see her performance (Wynn Everett). She really brings it. She brings it hard,” Easton said.

Easton further explained that he was able to have a hands on experience with the filming of his episode. Being able to be on set when Monsters was filmed, Easton explained was an invaluable experience, as he gleaned more information into the development of his story from script to screen. In addition to gaining this experience, Easton found another perk of being a screenwriter on a major network series: you become a go-to person for those in front of and behind the camera.

“In TV the writer is basically number one. On set, the director knew I was new, the producer who was with me on set knew I was new. So I was really observing and learning how it goes.  Also, no matter how good you think what you wrote is, some actor somewhere is going to say there’s a problem with it, and ask “can I say it this way?”, Easton said.

“I was on set, I was participating, I had a say in things, and if I didn’t like something I’d let them know, but more often than not I liked it. You don’t want to be saying shit to just say stuff. You want to make sure that if you’re saying something it actually makes sense.” 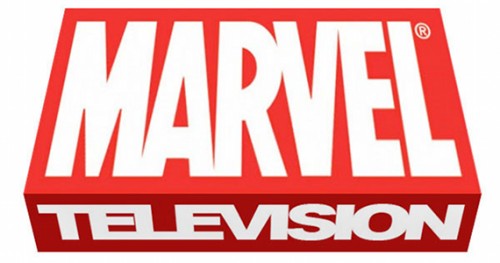 At the end of the day Easton explained that his experience writing the Agent Carter episode was an important one, that he appreciates on both a writing/ creative front, and as a fan of the MCU.

“As a fan, that’s a good question. I can’t even figure out where to begin,” Brandon said.

“I was working with some ridiculously creative, talented people. And knowing that every word I write is a part of the Marvel Cinematic Universe, because Agent Carter is in the Captain America films, she was even in Ant Man at the beginning. So she’s a part of that world, so everything that happens in any episode of Agent Carter also occurs at some point in the Marvel Cinematic Universe.”

“It hasn’t hit me yet because it hasn’t aired. But trust me when I say once it airs, and particularly with the type of stuff that I deal with in my episode, its really going to hit me hard then.”