Bio: Via the creator, “Is’nana is one of the many children of Anansi, the Spider God of Stories, and Aso. Growing up in the Mother Kingdom, another world outside of ours, Is’nana is a spiderling who feels like the oddball in his family and tends to disappear to spend time with other outcasts of his village. He is kindhearted and attempts to see the best out of people and other creatures.

After being unheard from or seen for quite some time, Anansi the Spider is reported as missing. With help from Witch Mistress Five, one of Anansi’s enemies, Is’nana finds his father in our world. In transferring to our world, Is’nana shapeshifts to that of a human body and reconnects with his father, who was being held captive by a power hunger zealot. Before Is’nana and Anansi can go back home, it is revealed that Is’nana’s journey to this world has caused a rift between different worlds and dimensions, bringing forth horrors of chaos and creatures into our world.

Feeling heavy with responsibility for accidentally opening extra dimensional barriers, Is’nana takes it on himself stop these creatures and send them back to their rightful place with his father’s guidance and mentorship. While hoping to live up to his father’s legacy as Anansi, the Great God of Stories, Is’nana also aims to forge an identity of his own and figure out his place in the world… despite not always seeing eye to eye with his father, a fight ready Trickster God, while Is’nana himself prefers to be a pacifist.

Based on Volume One of Is’nana, The Were-Spider: Forgotten Stories, being a son of the God of Spiders, Is’nana has the ability to shapeshift into various different forms of that of a human, a spider, or a humanoid spider. He can grow extra human or spider limbs, give venomous bites, shoot webs, and can leap through long and far distances. Is’nana can also read his webbings for messages or view them as “windows” through the eyes of various spiders in the area. He can also break apart into various spiders (which he is also made out of), can heal his wounds by the spiders in his body acting as healers, and also create fabric out of his webs due to the spiders in his body. Is’nana can also communicate with other spiders. 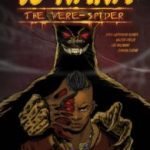 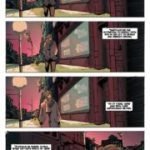 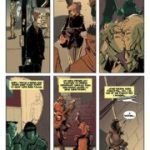 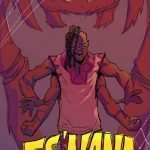 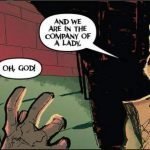 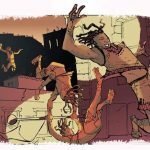 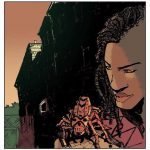