I’m a huge fan of zombies in the horror genre. Whether its film, television, prose fiction, comic books, or video games the concept of the dead coming to life has always been my favorite branch of the horror fiction spectrum.

I “f’s” with all of ‘em. Even Uwe Boll’s horrible House of The Dead for all the wrong reasons. 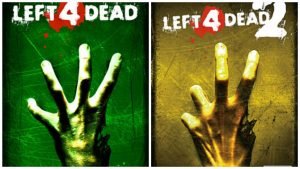 One stand out example that will always top my “Zombie” love list includes the two installments of the Left 4 Dead video game franchise.

I enjoy first person shooters (FPS), specifically one’s that fall outside of the standard “lets fight in (Blank) War” genre of popular games such as the Battlefield, and Call of Duty series. I know, I know, Call of Duty has a great zombie mode, and I definitely give the series marks for that.

But the main game does not specifically center on surviving the zombie apocalypse, and seems to be more of a downloadable add-on to the larger “real-world” military campaign you find yourself wading through.

Left 4 Dead and Left 4 Dead 2 follow a group of four survivors as they fight their way through numerous levels of zombie/ monster infested areas of a city, farmland, swamps, airports, or any variety of locations. The great thing about these campaigns in many cases is that they are high tension filled shoot’em up fests, where you and four of your friends have to survive with endless supplies of ammo, pipe bombs, strong nerves, and a healthy smattering of teamwork.

What appeals to me the most as a blerd/ bleek gamer are three characters that the series introduces, Louis, Rochelle, and Coach.

No disrespect to the other members of the motley crew’s of both games, (Francis, Bill, Zoey, Ellis and Nick), but the three aforementioned characters stand out to me mainly because they’re black playable characters. 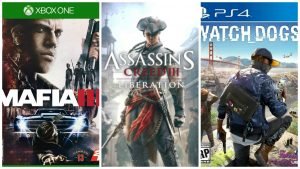 In an industry that still has a long way to go in introducing more of an even balance in providing a wide variety of characters in these video games that we all know and love, the Left 4 Dead series is a great exception.

Not saying that there haven’t been examples of larger mainstream developers that “get it” (I’m focusing on the bigger companies here because indie developers have long sought to provide more of an inclusive gaming experience), including such standouts as Mafia III, Assassin’s Creed: Freedom Cry, Assasin’s Creed III: Liberation, the upcoming Watch Dogs 2, and any of the Mass Effect games.

It’s just that having a chance to play as any of these three characters in a genre that has often not been too kind to black folks was an added plus. Another bonus is these folks are just portrayed as regular folks, trying to survive. No stereotypes, no nothing.

When I first saw the opening cinematics for both Left 4 Dead (L4D) and Left 4 Dead 2 (L4D2) I was beyond hyped for both games. Finally here was a video game (outside of Resident Evil) that got what made these creatures so damn scary. With these film shorts, you were introduced to the endless hordes of undead ghouls attacking our group of survivors head on, leaving the crew with an overriding sense of desolation and abandonment. For example, Night of The Living Dead captured this feeling perfectly with Ben and the group of survivors fighting off hordes of zombies at an isolated farmhouse.

When the game starts on the top of a building in the metropolis of Philadelphia, PA you essentially are thrown into such a situation, except with a host of weapons at your disposal to blast away at the zombies. 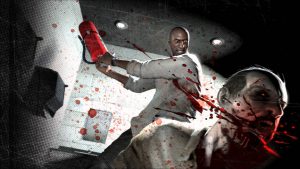 a characteristic that makes him the “everyday man”. He’s a Junior Systems Analyst at Franklin Brothers, in the IT Department. Clad in a button up white shirt, casual slacks, and a signature undone red tie, Louis kind of spoke to me on a few levels.

First he’s an office worker, which in my 9-5, is what I’ve done for the past few years. Secondly, he’s a black male, which was an added plus for someone who tends to seek out black folks of any ilk in most of these video games that are released year in and year out. Lastly, his reaction to the zombie apocalypse seems to be the most natural for me as he deals with the outbreak with a healthy dose of fear and resolve.

I’m not ashamed to say that whenever I  play L4D Louis is more often than naught my go to character.

In Left 4 Dead 2 (L4D2), a game set in the Southeast United States areas of New Orleans, LA, and Savannah, GA, we’re introduced to Rochelle (voiced by Rochelle Aytes, face model Shanola Hampton), and Coach (voiced by Chad Coleman, face model Darnell Rice). Rochelle was an associate producer for a television news program who is sent to Savannah, GA to cover the outbreak of the “The Infection”. The character is clad in a Depeche Mode t-shirt, her weapon of choice is a submachine gun, and she kicks ass. In a time where the #blackgirlmagic movement continues to grow, here you have a character that is on the same horror heroine status of greatness as Selena (Naomie Harris) of 28 Days Later, or Lt. Roberta Warren (Kellita Smith) of Z-Nation.

A Savannah, GA native, Coach reminds me of a combination of my Uncle Joe, and Uncle Allen: two men who are strongly protective of their loved ones, and step up to handle things when things need handlin’. As described on his Wiki page “After a knee injury ended his career as a defensive lineman in college, Coach salvaged his physical education degree and landed a job teaching health at the local high school in his hometown of Savannah.” 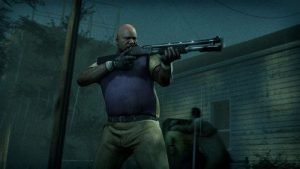 career; but it’s come in pretty handy in guiding a group of Survivors to safety.” I often consider Coach to be the leader of the second group of survivors as they fight their way through the historic moss laden streets of Savannah, GA to whatever bastion of safety they can find.

What each of these characters represent for me is this: we can kick butt with the best of ‘em. We aren’t going to just be the comic relief, or the guy or gal that wanders into the dark corner and gets killed in the first act. We got this, just as much as anyone else.

That’s what stands out for me every time I plop these games into my XBOX.

Well that and I love shooting hordes of the undead with a group of friends. 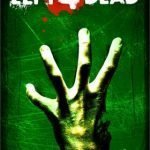 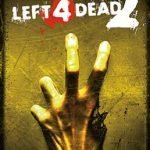 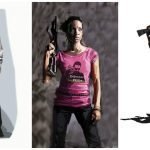 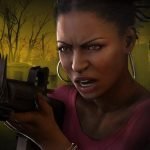 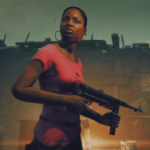 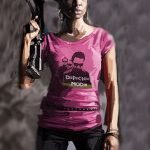 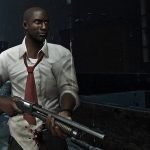 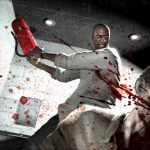 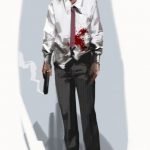 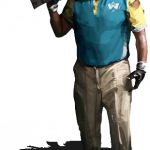 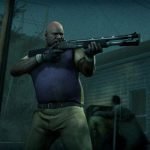