The Luke Cage premier is right around the corner, and we can’t wait to peep this black and brown girl magic in action!

There’s no doubt that Luke Cage is dope in his own right, however, we’d be remiss if we didn’t shine a light on the all star lineup of black and brown actresses featured in the highly anticipated series as well. So, without further ado, meet the talented women of Luke Cage. 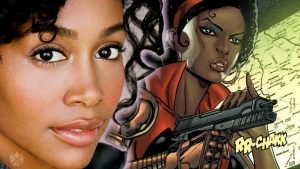 Misty Knight made her debut in the 1975 ‘Marvel Premier’ issue #21.  A NYPD detective, Misty was a beat cop until she was involved in a freak explosion that resulted in her losing an arm. After Tony Stark gifted her with a bionic arm—she became the badass superhero we know her as today! Misty will be played by Simone Missick in the upcoming series. 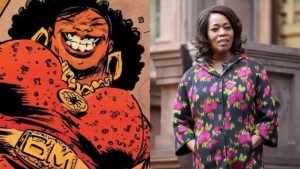 Mariah made her debut in the series in “Hero for Hire” #5.  In the comics, Mariah ran a gang called the Rat Pack; a gang notorious for riding around New York City in an ambulance—picking up the dead and snatching their loot.  Mariah will be played by Alfre Woodard in the Netflix adaptation, and there may be a political twist added to her resume in the upcoming series. 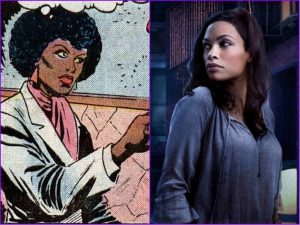 Luke Cage premieres on Netflix, September 30th. Will you be watching?  Let us know in the comment section.