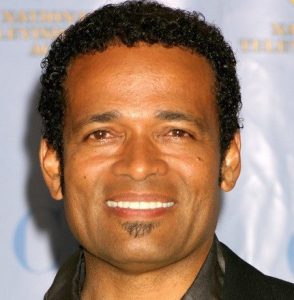 We recently got word that none other than Mr. New Jack Swing himself, Mr. Mario Van Peebles is venturing into the realm of Science Fiction as producer and director under  his own production company, MVPTV,  and we couldn’t be more excited to see what his newest venture brings to the genre.
We have no doubt that Mario will bring  the diverse characters and storylines fans of Science Fiction–especially those within the Black Sci-Fi community deserve and desire! Check out the announcement below.

LOS ANGELES (December 6, 2016) – Syfy has given a 13-episode direct-to-series order to SUPERSTITION, a supernatural genre series produced by XLrator Media and Mario Van Peebles’ newly launched TV production company MVPTV, which is set to begin production in early 2017 and air on Syfy later in the year.

The series centers around the Mosley family, owners of the only funeral home in a fictitious town on the outskirts of New Orleans and keepers of the town’s dark secrets and history. Known for its haunted houses, elevated graveyards, odd townsfolk, and rich history of unusual phenomena, the town is also a “landing patch” for the world’s darkest manifestations of fear, guided into the world by an ancient, mysterious malefactor named The Dredge.

“SUPERSTITION is an intelligent, boundary-pushing genre series rich in supernatural lore and myths, featuring an eccentric family who have an unusual connection to an otherworldly plane, and the dark force that unleashes the demons, creatures and monsters that haunt our nightmares. There is a voracious global audience always seeking the next well-crafted genre series as evidenced by the success of “American Horror Story,” “Stranger Things,” “Supernatural,” “True Blood,” “Six Feet Under” and others. SUPERSTITION is being produced and created by people who love and appreciate genre content. XLrator is proud to partner with Syfy and Mario Van Peebles on our first network television series,” said XLrator Media CEO Barry Gordon.

“The incredible things we used to do in independent film, we can now do in television. This is truly a golden era for exciting, provocative television.” said Mario Van Peebles.

“A town where all superstitions, myths and legends are true offers a rich cultural, atmospheric and macabre playground for Mario Van Peebles, Barry Gordon, Joel Anderson Thompson and Laurence Andries to explore. We are excited to work with this terrific team and look forward to bringing this unique story to Syfy,” said Chris Regina, Senior Vice President, Syfy Programming.

One of the fastest-growing independent film distribution companies in North America since its creation in 2010, XLrator Media, LLC (XLratorMedia.com) will release 25 films in 2017. Recent releases include Academy Award®-winner John Ridley’s Jimi: All is by My Side starring Andre Benjamin as rock legend Jimi Hendrix, CBGB starring Alan Rickman, and SXSW hits Housebound and The Diabolical. XLrator Media is the home of four acclaimed releasing labels: MACABRE for horror/genre (American Mary, Banshee Chapter), TURBO for action/thrillers (The Machine, Ironclad: Battle For Blood,), LIFEFRAME for documentaries (Storm Surfers 3D, Queen Mimi, It’s So Easy and Other Lies) and PACE for multicultural films (Five Star, Allegiance, We The Party).

From his first break acting alongside Clint Eastwood in Heartbreak Ridge to his portrayal of Malcolm X alongside Will Smith in Michael Mann’s Ali, Mario Van Peebles has charted a unique multi-hyphenate career as an actor, writer, director and producer. His film Baadasssss! about the making of his father’s Sweet Sweetback’s Baadasssss Song was one of Ebert and Roeper’s ten best films of 2004. He directed the multicultural western Posse and directed and produced Panther (written and produced by his father) about the Black Panther Party’s rise to power, which won the Locarno Film Festival’s Silver Leopard Award.

Mario Van Peebles brings decades of film experience to television, where he has directed dozens of shows such as “Roots,” “Bloodline,” “Hand of God,” “Sons of Anarchy,” “Empire,” “Lost,” “Boss,” “Being Mary Jane,” and others. SUPERSTITION is Van Peebles’ first foray into genre television as a co-creator/producer and marks the launch of his MVPTV production company.

**Correction:  A previous version of this article indicated that this was Van Peeble’s first venture into Science Fiction.  While he has acted in Sci-Fi films before, this will be his first time producing and directing within the genre. **
Article Topics: Black Sci-Fi | mario van peebles | new jack city | Science Fiction | superstition | syfy