Milestone Is Back!
0 Comments 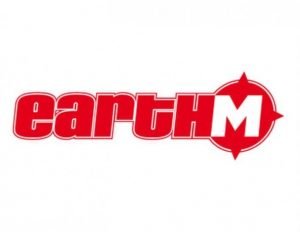 For me the big draw on day one of New York Comic Con 2017 was the return of Milestone’s Dakota Universe and the Launch of Earth M panel.

Some of the takeaways are that it will be a part of the DC multiverse, taking place in its own dimension, Earth M. “Earth M is going to reflect the times of where we are,” Reginald Hudlin said, and the universe will have a broader, world wide view with stories that take place all over and not centralized in Dakota, and will deal with issues that question what crime is and also depict Ferguson like events. 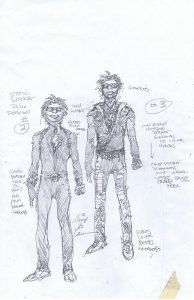 One of the funnier moments of the panel came from Kyle Baker who was late and came in during the introductions blurting out “I’m drawing Static Shock!” before any formal announcements could be made. On the flip side, no questions were taken from the audience, so NYCC goers couldn’t ask about other titles like Hardware or Blood Syndicate, or more controversial questions like the status of the lawsuit, or the creative line up having such a small representation of women.

Instead the audience was shown a clip of AMC Visionaries: Robert Kirkman’s Secret History of Comics, which will have an episode focusing on Milestone Media. The miniseries is set to premiere on Sunday, November 12, at 11p.m. ET/PT.

The spring 2018 lineup will consist of:
● Milestone #1 Icon & Rocket, a one shot to launch the Earth M titles.

● Static Shock, an ongoing series from Hudlin and Kyle Baker, focusing on 14-year-old Virgil Hawkins, a kid with a love of comics and science who develops dazzling, electric superpowers.

● Duo, a new Earth M miniseries written by Greg Pak, introducing the twisted story of a couple sharing one body for eternity.

● Love Army, a miniseries with story by Hudlin, about a secret army of women with amazing abilities and super-strength, sworn to protect the planet. 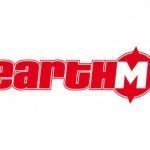 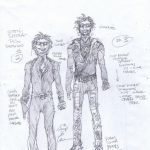 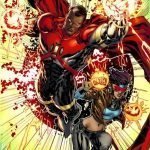 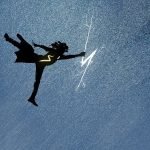 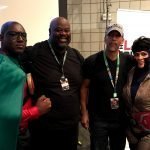 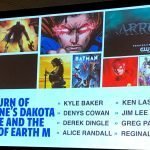 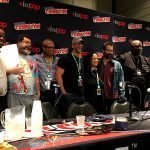 George Carmona 3rd is an Artist/Writer, former Milestone Media Intern, former DC Comics paper pusher, current book lover, and lifelong comic geek. You can find his work at FistFullofArt.com or follow him on twitter at GCarmona3.