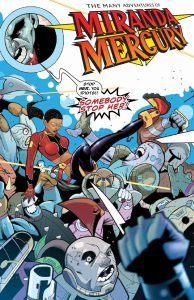 Comic: The Many Adventures of Miranda Mercury

Bio: From the series website, “She’s the greatest adventurer in this, or any other galaxy, the kind of old-fashioned, classic science-fiction heroine that can successfully defeat The Time Raiders of Xaxium, brave the wonders of The Glass Planet, survive The Perils of Yor, and battle The Infinity Class to a veritable standstill! All while facing the one enemy that perhaps even she cannot defeat, a microscopic poison rushing through her veins, courtesy of her greatest adversary, Cyrus Vega. With only one year left to live, Miranda Mercury will have her morality tested and values shaken to see her life’s mission completed.”

Miranda Mercury is the star of the sci-fi adventure comic book The Many Adventures of Miranda Mercury. Some have called her the greatest adventurer in this or any other galaxy, but she doesn’t believe that impressive tagline for a second. Like all great heroes whose greatness and influence continues to escape them, Miranda exists in this kind of emotional vacuum where her actions are somewhat commonplace, a train of thought every intelligent being should logically follow.

What person wouldn’t devote their life to experiencing every new world and culture one could experience? Or dedicate themselves to the fight against injustice and intolerance on more planets than they could ever possibly visit? What kind of person does the impossible, and then does it again just so you know the last time wasn’t a joke?

They say one person can’t make a difference…that their relative insignificance makes them easily ignored, destroyed, or corrupted. Miranda Mercury would call these people cowards, offering the same level of disdain reserved for those who are causing a universe worth of problems in the first place. 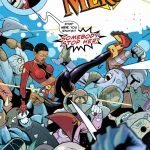 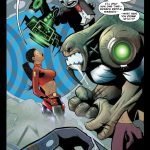 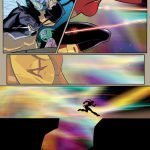 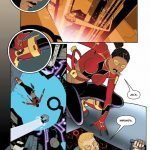 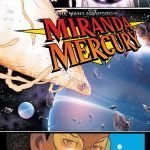