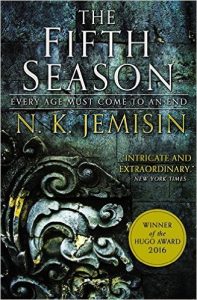 The Hugo Award winning novel, The Fifth Season, has been slated for adaptation by the TNT network. Written by acclaimed novelist N.K Jemisin, The Fifth Season is an epic fantasy novel which as reported by Deadline.com “is described as an epic drama set in a world where civilization-destroying earthquakes occur with deadly regularity. A small minority of inhabitants has the ability to quiet these earthquakes, but they also can cause them. The series follows three women, each of whom possesses these special, Earth-controlling abilities: Damaya, a young girl training to serve the Empire; Syenite, an ambitious young woman ordered to breed with her bitter and frighteningly powerful mentor; and Essun, a mother searching for the husband who murdered her young son and kidnapped her daughter mere hours after a Season tore a fiery rift across the land.” 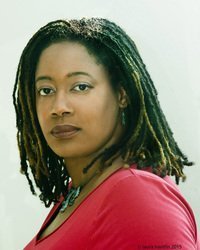 In a previous interview with BlackSci-Fi.com when speaking about the The Fifth Season, Jemisin explained, “The Broken Earth (the title of the overall series The Fifth Season is set in) is set on another earth-like world that has a lot of seismic activity going on to the degree that every century or so they have an extinction level event.

A volcanic winter can last years instead of months and people who don’t prepare for it end up starving to death. This is a world where people have learned to adapt to this environment, using magic. People that have magical abilities to manipulate seismology, stop volcanoes and earthquakes, and raise mountains, because their power is so powerful and destructive they are hated, feared and effectively enslaved by the people that don’t have these abilities.”