An international team of Image, DC, and Marvel comic book creators have joined up to tell the story of how the powerful image of the black panther arose out of the racial turmoil of the 1960s. 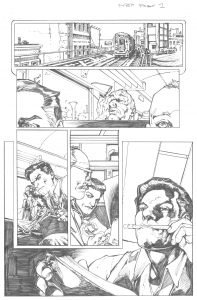 Cover artist Nic Klein is a German comic book artist who cocreated Drifter and Viking with Ivan Brandon, and has worked on such titles as Winter Soldier, Captain America and Doc Savage. Nic also co-created Dancer for Image comics.

Colorist Vittorio Astone is an Italian artist whose work has been published in Heavy Metal.

The comic book is being published by Offset Lab of Brooklyn NY. The international premier of the comic book will be at the November 10th opening reception for “Pictures and Progress: the Black Panther 1966-2016”, an exploration of the black panther image in the form of Marvel’s Black Panther character as well as in the photographs of Pirkle Jones and Ruth Marion Baruch and posters by Emory Douglas at UCSC Special Collections and Archives,McHenry Library, 3rd floor. 4pm6pm.

The comic book will be offered free of charge to visitors to the exhibit.

The Black Panther Party was officially formed in 1966, shortly after the creation of Marvel Comics’
Black Panther character. Dozens of comics have been selected for the exhibit to explore the
evolution of that character over the course of the five decades since. 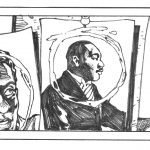 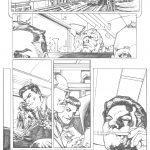 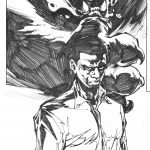