In the last few years, the problems of unfair harassment by the police in the Black community has shocked and stunned

In the last few years, the problems of unfair harassment by the police in the Black community has shocked and stunned a new generation of White Americans.

The prevailing mood can be summed up in the following statements; “How could these outrageous acts of violence take place in America?” “Aren’t we experiencing a new era of racial consciousness?” “We have a Black President, for goodness sake!” “How could we not have known?”

In truth the Black community has been reporting these incidents to an unconcerned and unaffected audience for decades. One media source that has consistently reported on this aspect of the Black experience has been Black independent comic books. A few examples are presented here. 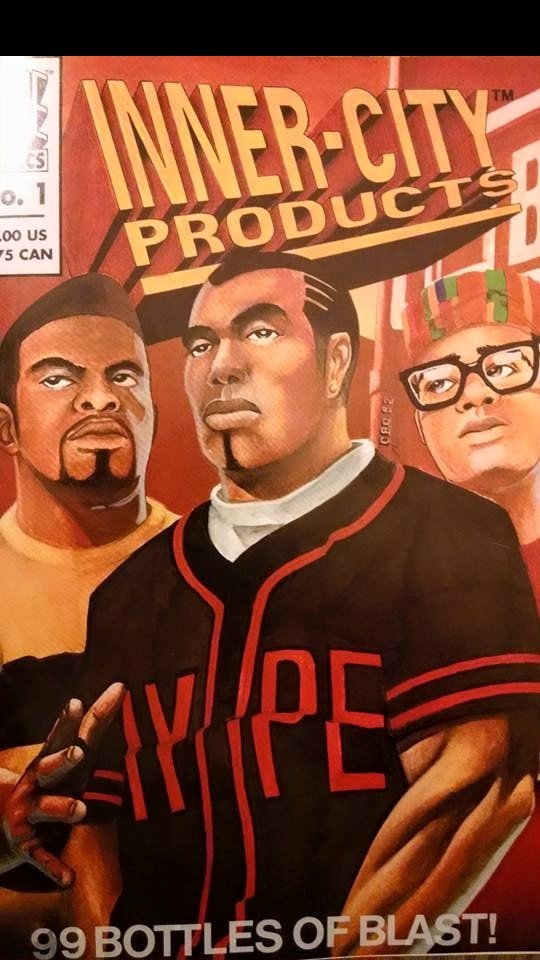 In this cryptic tale of an uncertain America in the future, we see young Black men encountering neighborhood crime and corrupted police officers. It sadly predicts that even in the future, the battle against racism and the fight for justice will still need to be resolved. 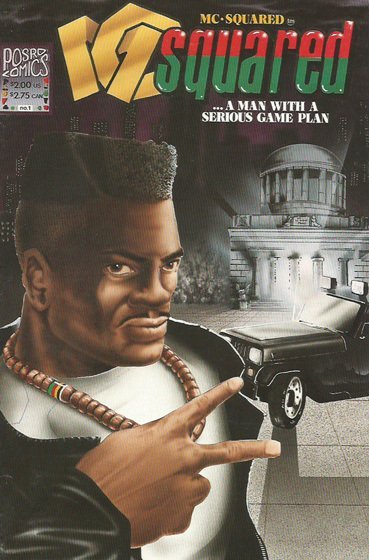 A Man with a Serious Game Plan. Roland Laird 1991

Laird approaches the issue where every incident of violence in the inner city is blamed on gang conflict and rap music. He shows police in the community “rounding up the usual suspects” to stop the killings for no better reason than they “look guilty.” He also included the role of local and national politicians who grandstand on adopting a tough policy instead of examining the real issues. It becomes the perfect arena for frustrations to boil over and get out of control. He poses the valid question to the reader at the end of Issue one, ‘What’s Going on?” 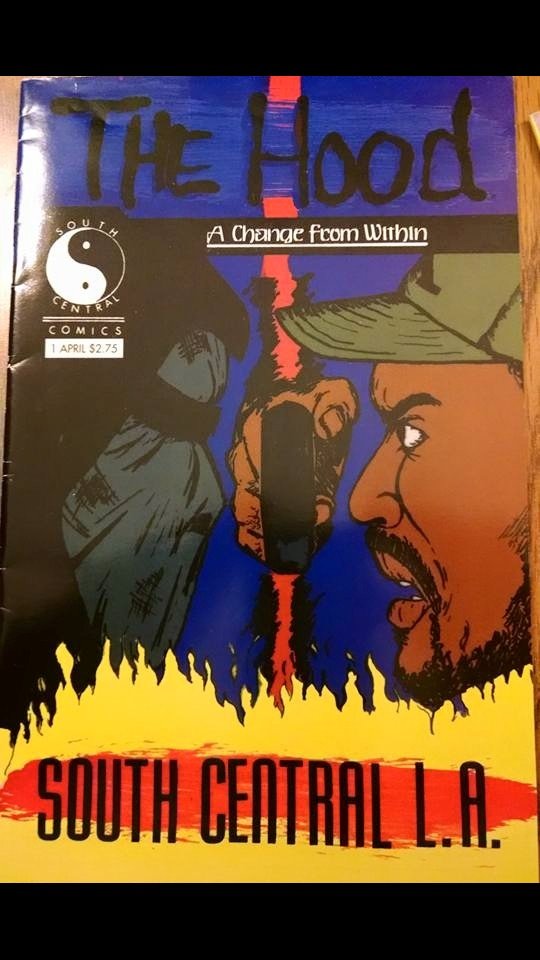 The Hood: A Change from Within South Central Comics #1

The story is of two brothers, one whose life is ended as an innocent victim of random gang violence. The story’s creator, Stephen Townsend, presents events that happened in 1993 when a black man is killed and there is seemingly no justice, similar to events currently happening in our society. He gives a negative answer to the question Rodney King’s posed to America, “No! We all cannot get along. “The story winds down with two White characters comfortably removed from the situation pondering why Blacks always seem to be in the middle of these kinds of incidents. 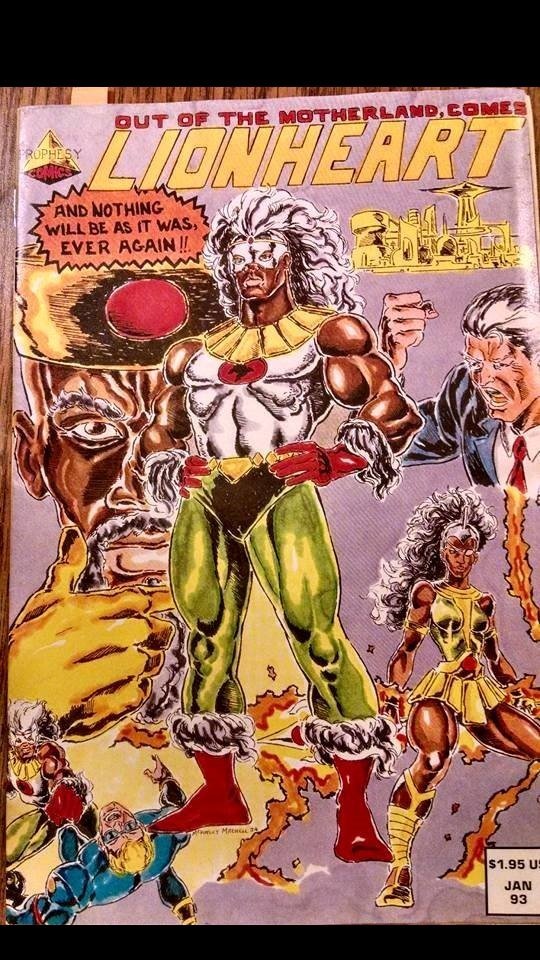 Mitchel created a hidden African nation of super powered Africans who watch over and protect Black people around the world. They send a protector, Lionheart, to America to intercede in the violence against Black people. Lionheart uses wisdom and logic to battle against racially hatred.

David Brown retells the events of the 1992 L.A. riots which occurred after the verdict in the Rodney King case. A number of Los Angeles police officers were acquitted after the videotaped beating of Rodney King. This comic tale is based on the classic legend of the mythological Phoenix, a fiery bird that rises from the ashes, Brown creates a new Black superhero that uses non-lethal weapons to restore justice in the hood. His message of hope at the end of issue one is, ‘Because of the struggle, we will prevail!” 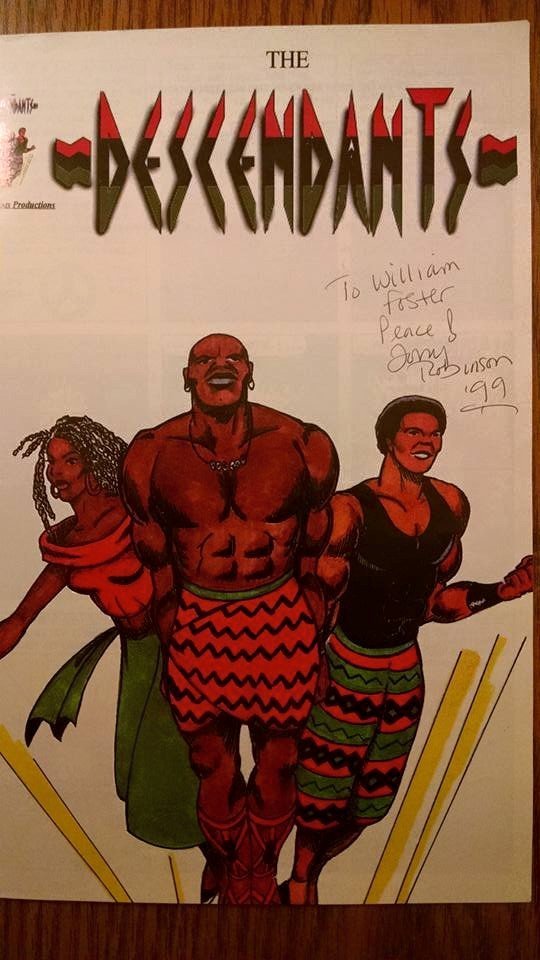 Last but definitely not least, we have this gem created by Tony Robinson. The tragic shooting of his police officer father seems to destroy a young man’s will to live. But he is rescued and recruited into a super powered team of heroes called, “The Descendants.” Created by an ancient African life force, they serve the forces of good and light to remove violence, illegal drugs and racism from New York City. However they must do battle with the forces of racism, and organized racial hatred. This is a book for a younger crowd but it is still a worthwhile read.

So the old saying that states, “Everything old is new again,” does seem to have some truth to it. Throughout the last century the Black American Press has always taken up the cause of our people, a tradition that has been carried on by the creators of Black independent comic books. This is one more reason to look to the past for positive examples of what we as creative individuals should do in the present, and the future.