Red Dead Redemption 2 or RDR2 will be a landmark release for Rockstar Games and the entire console genre. It’s the first title to be released that has been designed specifically for PS4 and Xbox One that will not just incorporate an impressive reboot of the previous generation’s tech. It’s also one of the most anticipated games of the year, and even though we’ve only gotten a relatively small amount of info about it, the topic threads on gaming forums are already filling up with analysis and interpretation. Here’s a quick guide to what we do know so far about this long-awaited sequel. 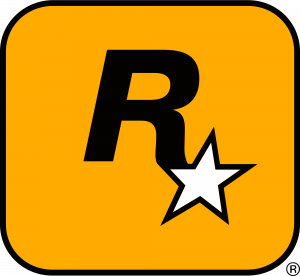 RDR2 was originally scheduled to be released at some point this year (2017). However, Rockstar has confirmed that it will now arrive in the spring of 2018. On its official website, the development house announced that its main reason for pushing back the release was down to its status as being their first game “created from the ground up for the latest generation of console hardware.” Adding that they are “very sorry for any disappointment…but we are firm believers in delivering a game only when it is ready,” Rockstar is certainly putting in the work to ensure that RDR2 will meet fan expectations. 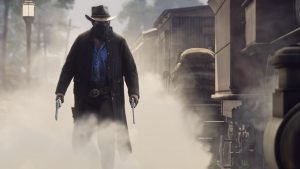 A scene from the upcoming Red Dead Redemption 2

So far, two official trailers have been released for RDR2 (more on them later). The first didn’t give us much other than an obvious return to the Wild West setting of the first installment. The second trailer that was released in October, however, told us a little more, including the reveal of new protagonist Arthur Morgan. RDR2 will follow the outlaw Morgan and the Dutch Van der Linde gang as they fight and plunder their way through the American Frontier. An appearance from antagonist Dutch also confirms that he will be back, but so far, his role in the game is still unclear. There will be single and multiplayer options, and PlayStation 4 owners will be the first to get access to exclusive online content.

One of the most enjoyable features of RDR2 was its extensive open-world format that will enable players to free roam. Between shoot-outs and sprees, players could enjoy the excellent graphics in typical Wild West style — on horseback or in a saloon. There were plenty of poker games to get involved in, too, obeying standard hand rankings of classic games like Texas Hold ‘Em. Rockstar has also revealed that RDR2’s open-world game map will be the foundation for an online multiplayer world much like that of their other hit Grand Theft Auto 5, so we can expect more free-roaming adventures across diverse landscapes.

RDR2 will be the first game released by Rockstar to make use of its recently upgraded in-house software, RAGE. Originally developed to facilitate the development of games for Microsoft Windows and PlayStation 3, this latest upgrade means that the rendering of RDR2 will top the already impressive visuals of Grand Theft Auto 5. Digital Foundry recently published a video analyzing the game’s second trailer in great depth and concluded that certain shots used in the trailer are “the game code in motion.” The visuals in the trailer run at 1080p and it’s highly likely that they will look the same on a standard console. This trailer also indicates an improvement on view distances from the original Red Dead game, and the character rendering in this release is “remarkably detailed with excellent skin shading, realistic facial animation…and eerily realistic eyes.”

RDR2 will be published by Take-Two Interactive, who are “incredibly excited” to release it next spring. Despite the delayed release date, Take-Two believes that the title “will stand alone and succeed on its own merits.” Given the flurry of excitement that happens when even a small fragment of information about the game is released, it will be highly unlikely that RDR2 doesn’t match or even surpass the popularity of its predecessor.