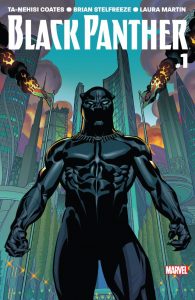 character’s big screen debut in Captain America: Civil War, the first issue of acclaimed writer Ta-Nehisi Coates and Brian Stelfreeze’s Black Panther relaunch is every bit as worthy of the hype! A great read, and most importantly perhaps considering all the hype, a very good introductory issue for new readers or someone (like myself) who hasn’t necessarily kept up with the character for a while. Much care is taken to assume readers aren’t all already in the know regarding the ins and outs of Panther’s world. It truly is a great starting point.

Coates’ story is packed with LOTS of intrigue and drama in the background and the rebellion story line truly feels real in light of actual real world events of the past decade or so- if anything, this seems to be where Coates’ background really comes into play and puts a stamp on the book in my opinion. I’ve been long familiar with and a fan of Stelfreeze’s cover and pinup work but this was honestly the first time I’ve seen him do a full book and he knocks it out of the park!

The panel work and imagery throughout is exquisite and it’s obvious a great deal of thought and care went into the designs of almost literally everything that’s seen in the book. Credit is also due to colorist Laura Martin and letterer Joe Sabino, as oftentimes these vital roles go unnoticed unless it is to the detriment of a book. The top notch work on both fronts done here is commendable.

A lot of times the mainstream comic hype machine annoys me to no end but in this instance at least it is completely justified. This one is a winner! 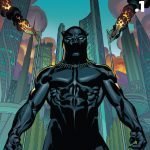 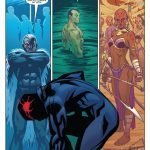 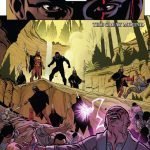 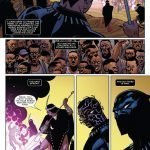