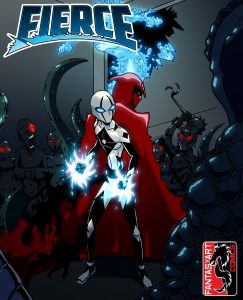 While creator/ artist Raymond Sanders was essentially a one-man show on the original Fierce series, this time around he has enlisted a talented team of  helpers to create the best product possible, and it definitely does show in the final product. Allowed to focus solely on the art, Sanders’ work here is very nice and clean. As a longtime observer of Sanders career I can say the growth and development from his original Fierce publications is quite impressive.

Writer Gabriel Smith provides an endearing script that ably weaves between the two story strands of an aging hero and a young high school basketball star- our eventual hero Aaron Adams- which intersect in a big way at the end of this issue. The parts with the aging hero in particular stand out, as there is some nice dialogue between the hero and an off-screen helper that helps set the stage for much to come.

The high school scenes are competent enough, while the characters that come to interact with Aaron all seem to be fairly standard issue teen/high school stock characters (the loyal friends, the it girl, the jock jerk, etc…) with a fair bit of depth given to them. The lettering also is adequate for the story being told, though it must be pointed out there are a few poorly placed balloons that affect the flow of reading in spots. The colors are very vivid and work well with Sanders quasi-cartoony art.

All in all, Fierce #1 is a fun superhero book that does a good job of laying the groundwork for exciting adventures to come. Do yourself a favor and check it out! 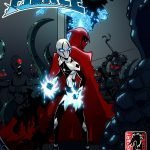 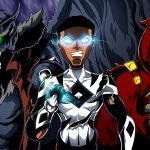 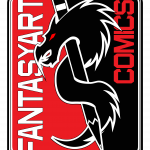