Gwan is Jamaician patois that means to “go on or get out”. In  Gwan Anthology, editor Jerome Walford has assembled a 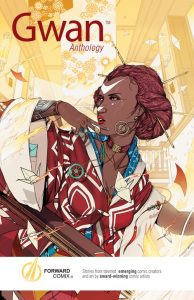 collection of comics and artwork that focus on foreign lands, cultural fusion, and the immigrant experience. Published by Forward Comix, the book gives a much-needed voice with smart, vibrant, and entertaining comics.

One of the best aspects of the anthology is the diversity of the contributors. The contributors are from fifteen countries, making the anthology an enriching read. A notable comic titled “Son of Two Empires” has Chilean, Italian, and American creators behind it. The comic itself portrays imperialism through the eyes of Aztec children, and felt really authentic due to the backgrounds of the creators.

In addition to adding authenticity to the comics, the contributors also offer a spectrum of perspectives and genres to consider. Some comics tackle the book’s themes in a serious manner, while others are fun and humorous. Genres range from fantasy and sci-fi, to slice-of-life. No matter what your tastes, you’re sure to find some comics to enjoy.

Out of all the contributors, some of the best comics came from the editor himself. One comic, “Curse of The Griffin”, tells the story of a African refugee and his family with a touch of magic realism. However, my personal favorite comic from Walford was the final story of the book, “Rambunctious”. The book featured Chinese school kids heading to their first day of school in what looks like a futuristic America. In the latter, the artwork is eye-catching with great detailing on the characters (especially their clothes) and the characters are adorable.

When it comes to other creators, there were more favorites. “Journey to Oz” had Asian creators putting their spin on the Wizard of Oz. “On The Grind” by George Gant is a hilarious short comic that is reminiscent of Sunday newspaper comics and features a black coffee shop worker interacting with customers. Erik Reeves’ “Hoodrats In Space” involves space adventures with black women who resemble Lil Kim or Nicki Manaj. 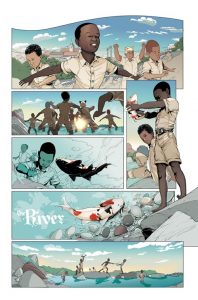 Besides comics, the book also contains artwork that stands alone from the other stories. Some of these works are just as prominent as the comics because they represent the creator’s background. A personal favorite artist is Shawn Alleyne, whose works included “Afro-Mech” and “Sep-Krado”. Both have sci-fi and fantasy elements that evoked Afrofuturism and would make great subjects for a comic book.

If there is any flaw in this book, it is that some of the comics are too short. Since some of the comics are excerpted from longer works, the reader might feel a little disappointed. I found myself wanting to read more of “Rambunctious” and other comics because they were only two or three pages long. It would’ve been helpful to have a “For Further Reading” page at the end of the anthology so that the reader could find more work by the creators they like.

Overall, this was an incredible comic anthology. The stories of all the creators do an amazing job of addressing the immigrant experience from a variety of perspectives. If you want an entertaining comic book with thought-provoking commentary on the real world, then give this book a try. 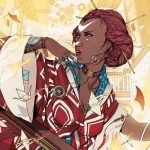 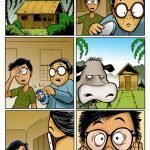 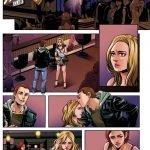 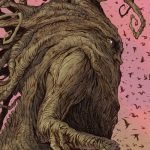 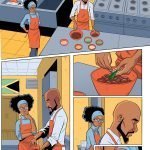 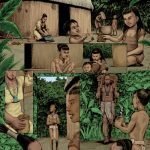 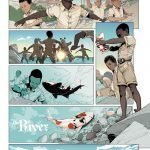 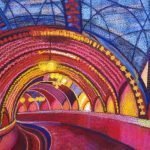