Okay, full disclosure – I was crawling around in diapers when the Knight Rider tv show aired. But still somewhat

familiar with the popular series, I was looking forward to seeing what I would find in the comics.

And I was not disappointed. Knight Rider: Knight Strikes features secret agent Michael Knight and KITT, a high-tech talking car, while they take on high-level missions to thwart the plans of terrorists and other major criminals.

There’s little time to catch a breath between chapters; Michael is on one action-packed mission after another. From being tasked with securing facilities after the compromise of F.L.A.G., to double agents, to cyberwars and WMDs, there’s plenty of issues for Michael and KITT to solve. And while the action is abundant, it’s not mindless. My favorite aspect of this story is the witty banter between Michael and KITT, and their overall (albeit unusual) buddy action relationship.

An entertaining read, there’s some great plots and refreshing characters (notably found in Tabitha, whose no-nonsense persona and strength livens every scene she’s in). The artwork is outstanding; the action sequences particularly are jam-packed with rich illustration. The combination of vivid color and detailed design makes this volume an impressive one.

While I can’t join in on the nostalgia that I’m sure other readers are enjoying with this comic, I can say the series has gained a new fan. I’ll be anticipating what new adventures Michael and his AI sidekick soon get into. 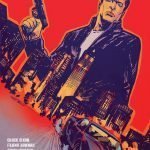 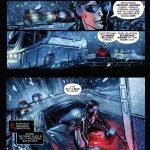 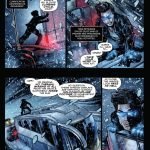 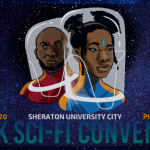 Pirate Jenny is a Community Educator, born and raised in the U.S. South who also writes comic reviews, essays and screenplays. In addition to Black Sci-Fi.com, she contributes to Black Girl Nerds and has written for the Schomburg Center for Research in Black Culture. She enjoys live tweeting and online streaming binges as much as the next Millennial. Find her on twitter – @pirate_jenn