Lilly Brown is a young girl who just wanted to spend summer vacation away from home. Instead, she’s stuck at home 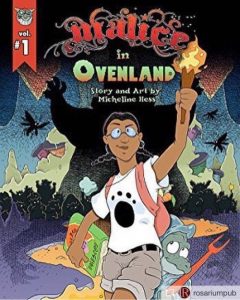 doing chores and caring for her mother’s vegetable garden. When she tries to clean the oven, she tumbles into a world that is literally filled with greasy characters. If she wants to get home, she must prove her innocence and solve the mystery of Ovenland before she’s slop!

One of the best aspects of this comic book is the characters. Lilly Brown is smart and loyal, making her a great heroine for children and adults to enjoy. She is also a quirky person who has charming moments as a kid. In one scene, she manages to find some food to eat and looks so happy and cute you can’t help but smile. Other than some brief appearances from her mother, Lily is the only human character in the story, but that isn’t a bad thing.

Out of all the characters Lily encounters in Ovenland, the most notable ones are a ghost chef, an Oven frite named Crumb, and a dog-like cockroach named Max. These characters have quirks that go well with Lily’s and serve to bring out the best in Lily. When they finally come together in the climax of the book, they make a wacky, amusing team of heroes.

Besides the characters, Hess’s artwork is great. While the character design of Lily is reminscent of the Curtis comic strips by Ray Billingsley, the other characters are drawn in a style reminscent of 80’s and 90’s cartoons like Gargoyles and Dragon Tales. The color palette is a mix of bright and soft colors that are easy on the eyes and appealing toward child readers. A particularly striking use of bright colors occurs when Lily finds a secret area, making it look almost like a vivid gingerbread house. Meanwhile, the use of white and blue makes the ghost an eye-catching figure.

When it comes to the storyline, it is a whimsical, entertaining adventure for kids and kids at heart. Lily becomes a hero while learning something that she takes back to the real world. It fits well into the canon of fairy tales and children’s stories while providing some much needed representation for young black girls.

Overall, Malice In Ovenland is a fun comic with a lively cast of characters and an adventure. If children and their families are hungry for representation and adventure, then this is a good comic to devour from Rosarium Publishing and Micheline Hess. 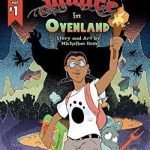 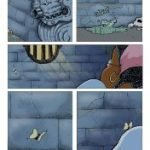 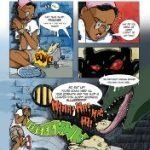 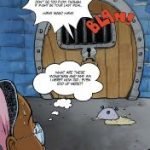